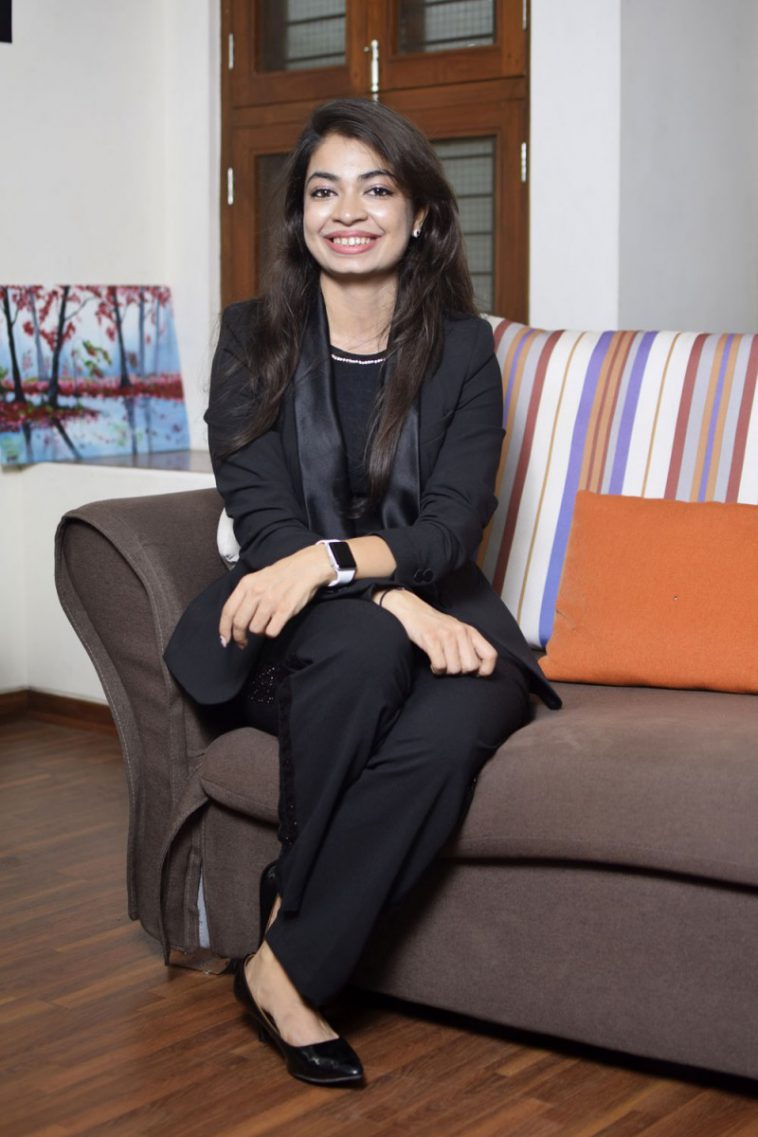 Anagha Tated is a life coach and the founder of ‘Poise to Conquer’, in Aurangabad, who had come to revisit numerous creative ideas before finding her calling for this innovative profession. Despite trying her hands in most creative fields such as fashion designing and cooking or the intellectual ones like being a CA, nothing instigated her to pursue a career in that, as understanding & helping people did.

Her stint in ‘Landmark Worldwide’ developed a love for involving herself in the act of understanding people and personalities. She commenced her innovative journey in this field at a tender age of 15, and eventually when she turned 18, she had already started taking initiatives for training 18-60 year old people for life coaching, which she perceives as a social cause.

“I realised this was something I loved and was passionate about”, Anagha adds candidly.

Even after having cleared her IPCC exams, she chose to opt out of CA as she never had the call for continuing it as a profession, rather walking vigorously on the path of influencing people and bringing change in their lives, was what put her heart at the right place. A graduate from ‘Good Shephard Finishing School’, Anagha, is a certified ‘Image Consultant’ today, who is an acclaimed soft skills trainer from ICBI.

Anagha, the visionary, wished to influence the life of people by contributing every bit of what she could. On realizing that Indians are not treated well abroad, this curious question tickled her brain with lots of WHY’s. She soon took the way to research more about why are Indians facing troubles while conversing, and to her utter surprise she found the lack of confidence and inferiority aspects that took the toll. This way she got her vision clear and ventured into something that could give back to the society as well, i.e. being a life coach.

Crediting her inborn skills and business mind which she has ingrained from her family, Anagha gratifies the way her parents backed her when she needed them the most.

She recalls, “They understood my belief of pushing all boundaries to make people feel confident about themselves”.

Idealizing her father and brother who have a strong business background with commendable work ethics, she has ingrained the quality of overcoming the challenges and making an astounding mark in her business. Anagha has always dreamt of being an influential person just like her father, who strengthened her beliefs of being the leaders who value and vouch for innovation and creativity.

And referring her mother, whom she looks up to as the most inspirational figure in her life, Anagha describes how she used to be amused by the way her mother prompted to be a ‘personal shopper’ by shopping the perfect attire for her closed ones by understanding their choices and personalities. She reflects her mother as her support system who has always inspired her to spread smiles.

Anagha is immensely inspired by P.M. ‘Narendra Modi’, whose hard work, honesty and passionate approach foresees the marking of a change in society with great social, personal and work ethics.

Having faced societal pressure of getting married early, the lucky Marwadi girl, at the age of 23, quit her CA and took a drastic shift of careers with the support of her immediate family. She decided to venture into a less explored field of ‘Image Consultancy’, though the business might have a least scope of growing at the drop of a hat but the thought of evolving herself as a person made her nod at this venture. With 6 months of experience in hand, she had been through a long series of struggles and challenges, with a prominent question being asked every now and then, “What good you want to bring in people’s life?”, she smiles, adding, “Though my family was behind my parents to get me married, but with my parents and brother had always been at my hands distance, I could focus on what I wanted to do and finally turned the pages and became an Entrepreneur”.

Looking up to the facts, she feels surprised at unemployment rate despite great academic records. Sharing her experiences with people, Anagha mentions that she came across numerous people who despite being untrained carved a place for themselves. While mapping the reasons how these people excelled in what they did, she found out the soft skills and the amount of work they have done on themselves, as the two reasons for their success.

She admirably understands that behavioral learning and self awareness is the need of the society and visualized the prerequisites of working on these aspects to help people enhance their appearance, attitude, behavior and communication. This ‘Image Consultant’ aspires to make people more acceptable to the situations so that they evolve as fine a lady or gentleman, who reflects in a positive light for building the right personality.

She says, “My charm school’s motto is ‘know yourself better’, and to bring this out she works as an Image Consultant, Etiquette and Behavioral coach, personal shopper & wardrobe stylist, and she puts great efforts in focusing on the social grace and protocol for people. She has designed a curriculum that incorporates communication, anger management, posture, dining-washroom etiquette, walking practice, color analysis and a lot of other substantial aspects after her thorough research of how one should express oneself with poise.

Reflecting on if she perceives herself as unique, she says, After all, everyone grows by learning unique things from each other”.

She deeply believes in simplicity and good communication skills as these two aspects make one strike a ‘Win-Win’ deal, which resonates with her own values and ethics to benefit both sides.

“People know me as a ‘go-getter’ and ‘a person of my words’, that is because you always thrive after the things, I want and prioritize my words”, Anagha shares.