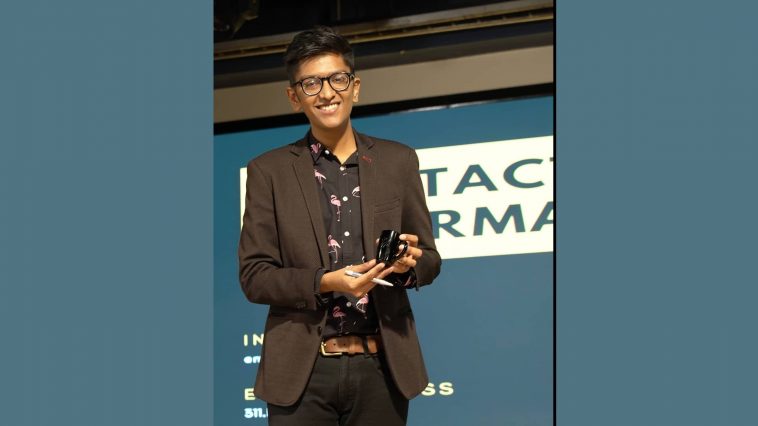 The definition of happiness has many meanings. To some happiness means getting a degree that they have been waiting for, to some, it means buying some kinds of gifts for their loved ones, to some it just means indulging in decadent food while having a bit of ‘me’ times. ‘Me time’ is incomplete without food. It is the food that connects one with their soul.

Though most people can indulge in a variety of foods, some have to think about their health while taking one bite of that delicious brownie. It is this gap that needed to be filled, it was filled by a young chef, Harsh Kedia. Chef Kedia, who is diabetic himself has launched an initiation that tends to look forward to creating food that is artisanal, vegan-friendly, diabetic-friendly, PCOS friendly, and has zero sugar.

This initiation was initiated to fill the gap between those who wanted to indulge in those luscious carnal foods and the lack of undertakings taken to end the misery. Beginning its journey at the young of twenty-four in 2013, the brand ‘ The Diabetic Chef ‘ which has been thriving for eight years, continues to take up the fight to beat the pangs of hunger with its nutritionally balanced and healthy recipes for six years.

The business changed the shape of the world of the chocolatier as Chef Kedia created the world’s first white chocolate for diabetic people, earning him many accolades. Youngest Nominee at Social Samosa 40 Under 40,  Best Debut Author 2020 by Author Pages Magazine, World’s youngest speaker at Gulfood, Dubai 2020 are some of the awards that go to show his dedication to the culinary field.

The inspiration behind initiating his entrepreneurship:

Recognizing himself as a sector-agnostic entrepreneur, his passion and dedication to creating food for the betterment of health drove him to discuss, process, and create foods that not only a genius can develop but holds the potential to alter anyone’s way of living. This thought process, which is engraved in his cooking, has earned him the title of  India’s youngest diabetic chef and helped him appear in various national and regional newspapers.

Taking inspiration from both fictional and non-fictional worlds, he has ventured on a journey to create masterpieces. Starting from Saransh Goyal to Sarla Dalal, from Sanjeev Kapoor to the ‘little chef’ from Ratatouille, he found his muse to create artistic food implemented with significant ingredients to promote health. Though all these aspects built his notion that ‘Anyone can cook, but only the fearless can be great’, the main aspect that fueled him to keep chasing this dream was his mother.

“My mother has been diabetic for 15 years and I wanted to do it for her and My own body and health issues.”

Having three sole members in his house diagnosed with diabetes had him think of new ways to incorporate the available ingredients in an effective and tasty way.

The struggles he faced:

Trying to change the unconventional method into something conventional was the biggest challenge that chef Kedia faced.

“Convincing your family to move from a family business to your start-up. Doing something unconventional.”

However, his gamble paid off as he not only managed to sway the permissions of his parents but managed to convince the customers to try his products was the biggest hurdle that he overcame.

Advice to the young generation:

By overcoming many hurdles, by understanding and learning things the hard way, Chef Kedia wants to impart only one piece of advice that he thinks will help the aspiring chefs in the culinary industry.

“Hard work cannot be replaced with any ingredient ever. I have shut shop thrice but up and again today. You got to do what you have to do.”