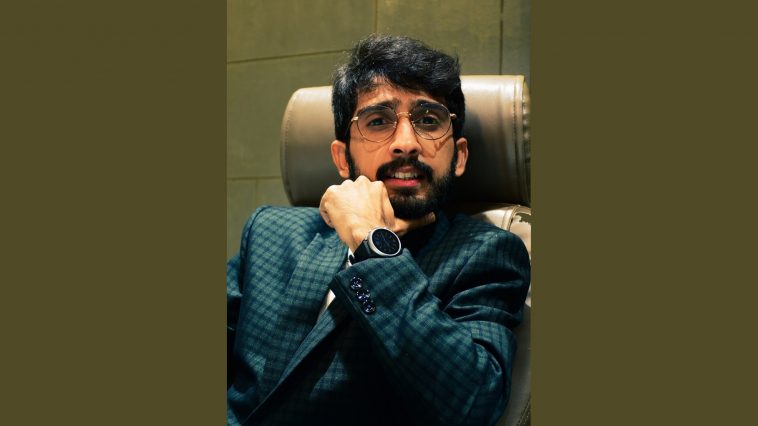 A creator on his own, Mr. Dhruv Pravin Mehta is a 27-year-old entrepreneur who owns Karya Design Studio in Bharuch, Gujarat. The journey to becoming a businessman has started at a very young age for Dhruv. At 22, he started prepping for his designing firm, and finally, after much hassle, he made it!

Dreaming to become an interior designer was not really on his plate growing up, but he always possessed a passion for drawing/designing. So much so that he represented his school in various drawing competitions.

Apart from being a self-claiming entrepreneur, Dhruv Mehta is a middle-class boy from one of the smallest towns of Gujrat, Bharuch. Growing up, he has seen poverty to its best and barely learned how to save money. It was his sheer dedication and passion that made him learn to be the person he is today. However, the plus point was, he always knew what kind of person he is. He has loved Cricket all his life and claims to be a sports fanatic up until this day. He also was bullied as a kid and the fact that people bully others when they get insecure about other people’s talents really shaped his vision to fight in his life.

“I don’t fantasize about who I wish I was, and I don’t pretend to be something I’m not.”

Established on 16th February 2014, Karya Design Studio ( inspired by the Sanskrit word “WORK”) is the brainchild of Dhruv Mehta. After years of hardwork, the firm is a great success with 40 ongoing projects, including residential and commercial.

His work deals with residential, commercial, bungalows, hospitality with Architectural and Interiors. And it is a very grounded firm that believes and performs projects based on societal requirements. Due to this, his clientele ranges from Doctors, people related to industry and the cooperated the world, along with wonderful families who we now became regular clients.

Although he started early, professionally, he has worked with some great people who shaped him and helped him build the vision for his own firm. Also, he is a well-renowned designer himself; he never shies away from taking inspiration from other designers and works. Shree Dipen Gada, for instance, and of course his idol- Shree Kadam Shah.

“Knowledge and exposure boarded me on a path of self-learning. Intense traveling, study, and seminars helped me to create a niche identity for my practice.”

Looking at his success today, many think he’s a headstrong person, which he is, but he also faced much criticism like every other person starting in business. Apart from the money issue that he skillfully learned to handle in his early 20s, people were coming after his work. But again, Dhruv Mehta and his handling of obstacles made him a triumph in all his battles.

“When somebody can cook one cuisine and not another, he says that he does not like it. Maybe he has not learned how to do that.”

However, criticism is one thing that we say doesn’t affect us, but it stays within. For Dhruv, it was also true to some extent, but it was his Confidence that conquered it all.

Finally, on a concluding note, Dhruv Mehta is one of those forces of talent which people’s mare opinions can not stop. And the same goes for the young generation entrepreneurs, as he advises them to be:

“Start work from today, if you want your car & apartment in next two years. I just say that- Believe yourself.”