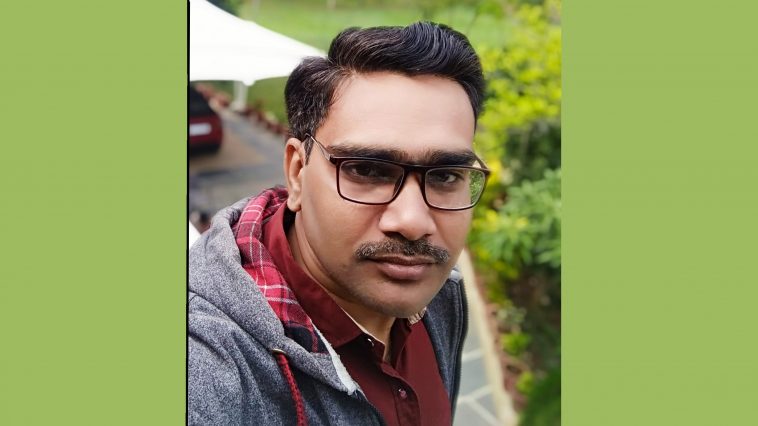 The noble profession in the eyes of humanity is the profession that helps one breathe and live freely. Be it physically or spiritually, the main aspect of any profession is helping one establish themselves so that they can work on achieving their dream.

Understanding the importance of how a person can impact the lives of the ones it touches, Dr. Rahulkumar Ramkrushna Kamde took the initiative to become a professor to help the budding doctors follow in their footsteps. Dr. Kamde completed his undergraduate from Government Ayurved College in 1995.

After securing another seat via merit, he completed his post-graduation from Government Ayurved College in Nanded, specializing in the subject of Prasuti tantra and Stree-rog in the year 2002. Enthusiasts by the confidence that he gained by studying the system that would lead him to treat many diseases, he found the passion that helped him to keep going forward through many challenges.

After being offered the professorship position in 2006, he understood that there lay more to life than one can grasp. He understood the joys of teaching and embraced the role of ‘Guru’ with pride and passion. Seeing students from all walks of life helped him realize his passion and motivated him to do more good for humanity.

He took the vow to help those unfortunate others in a way so that they can get their life back. By building the students’ enthusiasm, by teaching his students about the ‘agony of the rural and tribal places,’ he got to establish a foundation where various clinical research can be carried through with the help of the talented pupils.

“Our belief is, ‘I hear and I forget, I see, and I remember, I do I understand.”

The encouragement behind his success:

The longing to fulfill his parents’ desires, coupled with his personal intention to help society, was all the encouragement he needed to keep doing what he was doing. Securing the seats in the Ayurved medical colleges during his UG as well PG days was just the first step towards his success.

Throughout his life, he received words of encouragement along with the expressions that promoted him to keep moving forward despite all the hardships. Thinking that nothing could be better than giving someone by establishing their dreams, he found the profession of being a doctor and professor more suitable for him. Though wanting to open his own Nursing Home once, he took the road to humanitarian aid by creating awareness in his students, by creating a space where the needy can come for help.

“The confidence my students reflect through eyes and smiles and gratitude on the faces of my patients is the real encouragement.”

Through the helps he received from his students, he claimed that he intended to provide help to the poor. The main aspect of this thought process was to deliver them with first aid during pregnancy, as they lack the awareness and information about what to be done during the times of pregnancy but also lack the resources to get the help they deserve.

With his students’ encouragement, he tried to fill the gap that lay between the lack of initiative taken by the highly expensive modern experts and the unaware people in the rural area. With his initiation to provide first aid, he managed to secure the InSc Research Excellence Award 2020.

Advice to the young minds:

Though there lies a lack of awareness among the patience and the language barrier that could cause one to face difficulties during one’s tenure, Dr. Kamde suggests the young minds focus on the routes of Ayurveda to find the unique path that will lead them to health and truth.

“Anyone studying Ayurveda should acquire the basic principles mentioned in classical texts. Many magic remedies are hidden. It’s a time to rediscover our own indigenous Kathy.”