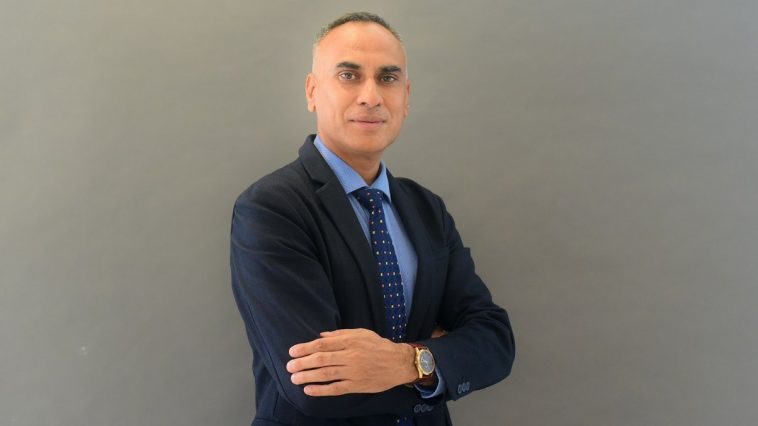 This IIM Kozhikode alumnus with over two decades of working experience in financial sector across geographies and leadership roles, founded Centre for Financial Informatics and Literacy (CFIL) in mid-2016, which deals with Mergers & Acquisitions advisory, ESG and Forensics Audits, Due Diligence, Financial Technical Trainings, Blue Ocean Strategy and CSR Initiatives of Complimentary Financial Literacy Workshops and Global Initiative for Visually Impaired Runners. Since financial literacy in our country is very low, as an experienced Banker he loves to spread the message of Financial Literacy through Complimentary Financial Literacy workshops. Through his motto of “Lead by Example, Inspire the Next”, he has created positive impact to thousands across India and globe through his initiatives on fitness and financial literacy. He has also authored Financial Literacy Books which is translated in eight languages and is hugely helping his cause to spread financial awareness across regions.

Sukhdeep recovered from severe slip discs L4-L5 and L5-S1, Sciatica and Scoliosis. He was bedridden for months and had to avail wheelchair, since he had difficulty in walking for nearly one and half year. With tough mentality and enormous spirit of fighting back, he recovered and went on to become a TriATHLETE & Marathoner. He is a passionate Runner, a Triathlete, Ironman 70.3, and Marathoner (Sub4) and founder of many fit groups through which he loves to spread the message of good health and well-being through numerous initiatives on fitness, awareness runs including first of its kind ‘Global Inclusivity Initiative of Visually Impaired Runners for Glaucoma Awareness’ covering 170 countries. The first two phases are conducted already wef April. Glaucoma is one of the largest causes of blindness globally and early detection stops blindness. His initiative received global coverage and international accolades.

“Glaucoma prevention and treatment have long been at the focus of international directives, including the WHO’s Vision 2020 campaign. In fact, there are approximately 11.2 million persons aged 40 years and older with glaucoma in India. However, glaucoma is difficult to diagnose in any context, making it more important to be aware of it. Through this global initiative, I want to give the visually impaired the gift of confidence and make people aware of glaucoma all at once.” The Global Glaucoma Awareness Initiative will play a vital role in promoting inclusivity among the visually impaired and diffuse a global impact all at once.

He has undertaken many Corporate Social Initiatives and Global Inclusivity Initiatives. Most recent one being as Global Initiator of Inclusivity Run by Visually Impaired for Awareness of Glaucoma – this is highlighted in global media in over 155 media houses from various countries, and in four phases of trial runs covered more 1500 visually impaired runners across 50 countries, targeting 170 countries.

As a fitness enthusiast and influence, he has founded several groups such as Georgian Fit Group, Pan IIM Fit Group, and IIMK Fit Group, through which he spreads the message of fitness all around, and conducts complimentary fitness challenges. He has directly impacted more than 25,000 lives with his global reach. Conceptualized & executed multiple fitness challenges (physical & mental health). He has also done awareness runs for old age homes in 2019 and 2020. He has linked 650 houses to an old age home within his locality. During this awareness initiative across India people have reached to their nearest old age home to support and celebrate their important occasions. This is a sustainable activity and will be growing further. He also initiated stray dog rescue program and arranged for their treatment at vet hospitals.

Every Year the UN celebrates June 27th as the Global MSME Day. Sukhdeep, received an award for Most Promising Leader – Financial Literacy on this Global MSME Day on June 27th 2022, from World Association of Small and Medium Enterprises, Backed by ministry of MSME, Government of India, NASSCOM. He always believed in leading from the front and inspiring the next and is seen to walk the talk. Our best wishes will always be with him.