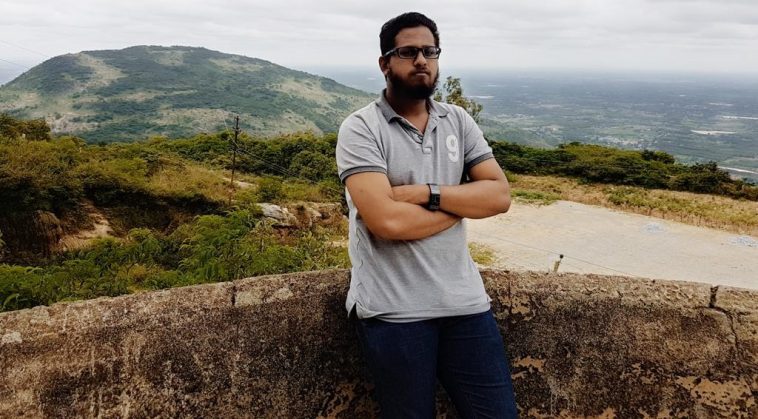 K. Afzal Hussain, the self-made entrepreneur of Himalaya Iron Mart, Ballari. As he started the business in the beginning, he did not know it would become this huge. But in 2016, within a 4-years of timespan, the way he outdid himself as a businessman, is remarkable. Mr Hussain had tried his luck in several fields before he actually achieved this position. Fields as in, mobile repair business & transportation business. He got into mobile repairing when he was just 15 years old. Then after a few years of working, he shifted to transportation.

He had to change his way of earning so many times because of the vast negativity he received. He had to do it all by himself, had studied & managed his business at the same time. But the destiny was not in his favour back then as he got ill-treatment from the partners he had worked with. Everyone around him was making him feel bad about himself, and it quite hit him hard. After that incident, he took such a drastic step, which happens to be the game-changing point of his life, he decided to not engage with any partners anymore and did it all by himself.

Soon after he started making progress, his family became a strange place for him. Their disbelief and doubting his worth was something he was not ready for. But this time life & experiences made him stronger to deal with these issues. As he expresses, “By the grace of Allah, my Peeromurshid and my Parents and my Mentor Dr.Shaheeda, I am proving everyone my Success.” Throughout his life, he has idolised Dr A.P.J Abdul Kalam, and his work drew inspiration from his words.  As he always wanted to have a stable business, he got into this business of Iron Mart. It became huge for him, and he could not be any happier.

As he expresses himself to us, we understand the mantra of his life, which is understanding his clients & providing every required item, has carried him so further in this journey. He is a sincere man with pure intentions; thus, his honesty reflects through his work. He also mentioned a quote that gives him guidance and truth in life.

His story is a true story of never giving up and achieving respect in life. He has outdone himself in such a great way that his family members and the people who once disgraced him now hesitate to make a statement. We wish him the best of the wishes for his journey ahead, and may he keep on shining the way he does now.