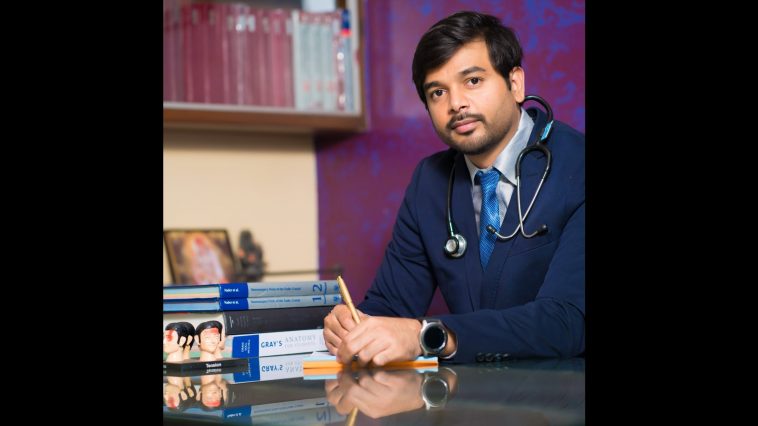 Working as a Consultant Neurosurgeon at Care Hospital, HYD & Rams Clinic, Hyderabad, Dr. K. Vamshi Krishna is an MBBS, M.S, Mc (Neurosurgeon) with a work experience of 10 years. Dr. K. Vamshi Krishna is 37 years old and the most vital aspect that drove him to be a healthcare professional was the strong sense of morality attached to this profession by saving lives and nursing people back to health.

He believes that medicine is one of the most respected professions in the world. As a child, he had no particular ambition and as any other child he was into sports & studying but as he grew older he developed an interest in serving and helping people in his own way and then he realized that saving someone’s life is the best way one can use to help people. That’s where his journey to become a Doctor came into being.

Dr. K. Vamshi Krishna’s specific field of work is Neurosurgery wherein he offers services such as emergency brain surgeries for hemorrhage (stroke), head trauma, complicated brain tumors, spinal injuries, and spine fractures, among others. He’s been practicing medicine for the last 10 years and his profession impacts brain health as the sooner one gets a brain or spinal surgery there are higher the chances of positive outcomes.

According to Dr. K. Vamshi Krishna, the symptoms of head injuries such as vomiting, headache, nausea, and weakness of limbs in stroke patients are generally overlooked by the patient and their attendants as a result of which the delay in reaching the hospitals increases the chances of mortality. The challenges Dr. K. Vamshi Krishna meets in day-to-day practice are to increase society’s awareness about the signs and symptoms of brain-related diseases in India. He believes that literacy, campaigns, and advertisement will make a difference to overcome these challenges.

Dr. K. Vamshi Krishna believes that the healthcare profession in India is still developing as there is an extreme shortage of doctors, especially in rural areas. When he was a child, one of his relatives had to be taken to a hospital at midnight in a rural hospital due to severe stomach pain and she required surgery but there wasn’t a surgeon available in the hospital or in that area,

which led them to travel to the town for treatment. That’s another reason why he decided to pursue his goal in the field of surgery.

Talking about his idol and inspiration, Dr. K. Vamshi Krishna considers his father to be his inspiration as he grew up observing him and he developed an interest in helping people in a different way and he realized that the best way to do that will be to save someone’s life. His father supported him every step of the way to chase after his dreams and pursue what interests him. He also helped him be proud of who he is now and stand up for what Dr. K. Vamshi Krishna believes in.

One of the challenges Dr. K. Vamshi Krishna faces in his life is stress, particularly during

high-intensity medical operations. Stress management continues to be a hurdle for all doctors. However, at the end of the day, he overcomes his stress the moment he reaches home and spends time with his family. He personally feels that his professional and personal life have to be equally balanced and his family supports him strongly. He believes that everything he has accomplished in his life is because of the support he has gotten from his family.

Dr. K. Vamshi Krishna also believes that he’s a unique human being who has a good sense of humor. He has a very joyful and cheerful personality and he believes that it is also very important for him to be lively as his profession includes seeing a lot of sorrow, depression, sickness, deaths, and other negative aspects that impact one’s mental health.