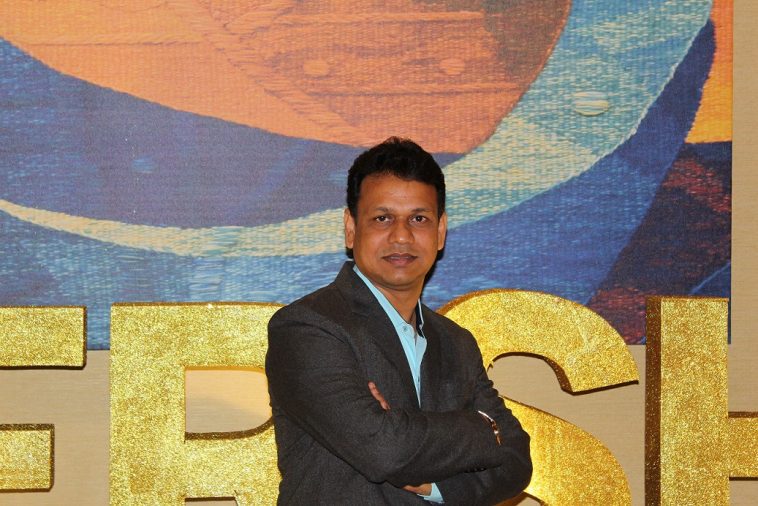 Mr. Shrikant Ramkumar Kanojia, the founder of A Kanojia Commerce Class, in Valsad, was a boy with lots of dreams and less opportunity. He belongs from a lower-middle-class family where his parents were not literal enough to understand his education or support him. At an early age, when he required his pocket money, out of need, he started coaching classes. But later in life, this has become a passion rather than a profession. His first batch of students was 35 & his annual income was 5000.

Very soon after he started coaching, his father got retired from the job, and the entire responsibility came upon the eldest of the siblings. He had helped his brother in completing studies, and completion of graduation & Masters resulted in him becoming the Cluster head of ICICI Bank. The journey of Mr. Kanojia is not only interesting but inspiring. Renting coaching classes to retaining his own property and starting AC classes in Valsad was a huge journey.

He told us, ” Once in his life he works in ice cream parlor GAJANAND ICE CREAM CENTRE (VALSAD) and in OMEGA FACTORY (GHAMDACHI-VALSAD) in his vacation of std. 10 and 12 to help his family”. His first ever job after completing his Masters was in ” COMMERCE COLLEGE as an Adhoc professor for subject statistics and getting 150 rupees per lecture.”

“Feel proud of being a known identity in my own city where I have achieved what I have dreamed of in a short period of time with struggle and HEART work, which will continue further…“

Not only a professor, but he appears as a career counselor in the LIVE TV program. He further takes interviews of toppers from different boards on the local TV channel of Valsad. He had many dreams; being an intelligent student, he wanted to become a doctor, but dit never happened due to poor circumstances.

Like others, his journey was not smooth from the beginning. Students & parents had their doubts on his teaching skills, but soon after his first batch did a good result in their respective exams, he slowly gained their trust. Also, through his coaching, he wants to procure all those things he never had in his life. Valsad is a small town, and the amount of opportunity is very few than the main city, so many students from a poorer background are not aware of many facilities. Thus, his coaching center works toward making it possible for every student.

He has already achieved so much in all endeavors, including the honor of “AWARDED DR. S. RADHAKRISHNAN SANMAN 2017, AWARDED AS OUTSTANDING EDUCATIONIST & ENTREPRENEUR OF GUJARAT BY INDIA LEADERSHIP AWARD 2018, AWARDED AS ACCLAIMED EDUCATOR BY AMERICAN LEADERSHIP BOARD, MONTANA, USA 2018 ” and so many.