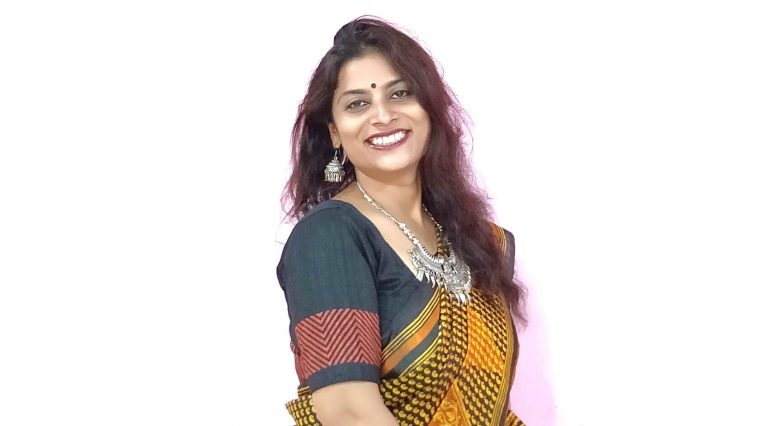 Apart from the academic interest, she is expertise in Dance Movement Therapy. She is equipped with over 20 years of research experience in the field of Dance Movement Therapy with numerous populations, including cancer patients, old age problems, visual and hearing impaired children, drug-addicted, special children having problem of autism, Down syndrome and mental retardation, physically disabled, school phobic children, street children, and slum boys and girls, corporate workers and administrative staff for stress management, also to other population in solving breathing problems and other health hazards, and also other psycho-somatic diseases.

Since childhood, she has been a dancer. Her keen observation about every person loving dance and music, and its positive effect on the dancer and the viewers, has made her pick this subject.

As she says, “with age, I understand that this dance movement has a therapeutic effect, and in some way, it can prevent many diseases. During my PhD (PhD in Molecular Virology from Calcutta University, 2008), I learned the basic background of immunology and understood that immune-modulation could change a persons’ disease susceptibility.”

Henceforth, she started to relate theoretical knowledge with a practical application of dance movement therapy. The result became awesome.

Currently, she is regularly working with different populations as a Dance Movement Therapist and running successfully an organisation named Ilora Kala Mandir (an Institute for dance, drama, culture, and movement therapy) as Hony. Principal. She found such activity as her social responsibility to do something for the people in need.

“Don’t run after money or fame, but run after acquiring knowledge and also follow it in life.”

For the last 20 years, she has been engaged in applying dance movement therapy in different populations to solve health and social issues and generate social awareness towards the field. Through her studies, she has already proved that Therapy can solve many psycho-somatic diseases in few-or-no medicine (results published in scientific journals and books).

Therefore, she believes that if medical practitioners can prescribe this alternate therapy, it will solve many problems like side effects of drugs taken by the patients, minimise the families’ financial burden with patients with cancer or other deadly diseases, and resolve psychiatric problems the minimal doses.

Education in her life has always been the key to fight against all the darkness of society. As a student, it was her luck that she had an association with few very good academicians who taught her the original focus of life: not to be only an academically successful person, but to a human to serve the society in every possible way you can.

She says, according to them – ‘don’t run after money or fame, but run after acquiring knowledge and also follow it in life’. Keeping their valuable words in mind, she chose to be a professional life teacher to carry their message to the future generation.

Presently, as an Assistant Professor and Head, Department of Botany, Barasat College, she tries her level best to contribute to students in the same way.

Although her theory is as effective as any other proven theory, the medical practitioners, doctors, scientists were not able to take the idea as an alternate therapy. It pushed her to find the scientific reason behind the positive effect.

“I was focused and found some parameters like C-reactive protein, Immunoglobulin, Oxidative measurements, bone mineral density study, etc., and published my work in different national and international journals.”