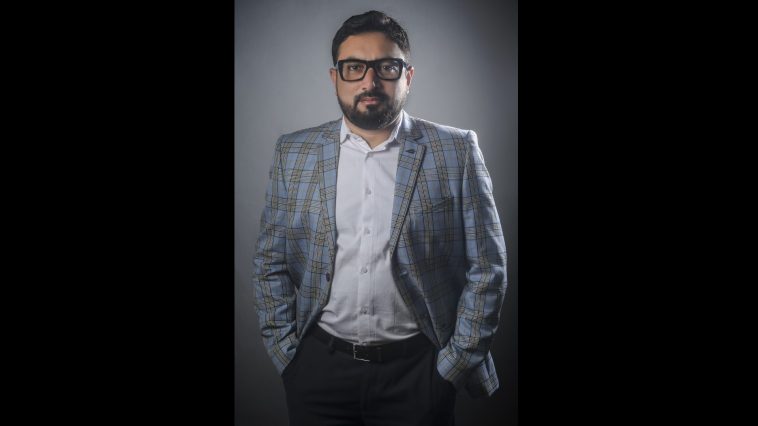 Mohammad Rizwan Poptani is the founder and CEO of Eyesdeal Eyeswear Pvt Ltd (www.eyesdeal.com) which is an eyewear brand based in Surat, Gujarat. The company was founded in 2016 and Mohammad Rizwan Poptani has 28 years of experience in the Optical Eyewear Industry. He started working at an early age and after 10th, he left school & started working in an Optical glasses factory with his younger brother.

In that factory, he used to make power glasses and then founded his first Optical Retail shop in 2004. He started the wholesale of glasses alongside their frames and after 10 years in retail, he planned on doing something new.

He then went ahead to find a new opportunity then he started an online business on Flipkart and Snapdeal. Later, he started his entrepreneurial journey by launching Eyesdeal Eyeswear with four stores. Then, he started his company’s franchise as his vision was to expand the business across the world.

Currently, Eyesdeal has established itself as a Multi Branded Optical Retail Chain in Gujarat and it has 19 stores across Gujarat in six cities:

The company is also running an e-commerce website through which they have a tie-up with Eye doctors and the company also has 2 stores in Eye hospitals. They also organize eye camps now and then to create awareness related to the eyes. The company’s goal is to open over 150 stores spread across India to generate jobs for more people and help people build better lives for themselves.

Eyesdeal is a Multi Branded Optical Retail Store, and the company provides free eye check-ups with a qualified optometrist and sells frame eyeglasses, sunglasses, and contact lenses, and the company’s product range covers products of all types including budget-friendly products and high-end items. The company believes that eyeglasses are for everybody, it’s a necessity & is the second essential product so every customer is important to them.

In today’s world, out of every 3 blind people, there is one who is always Indian. Blindness is the highest in India, which is why India is also known as the blind capital. Eyesdeal Eyeswear helps solve this problem by helping people improve their vision by not only selling quality products but also helping create awareness and providing free eyeglasses to those who don’t afford them.

Mohammad Rizwan Poptani’s daughter was 10 when he got to know that she was unable to see properly and had power. Shocked as a father and as someone who worked in the industry, he decided to open his stores in PAN India and organize awareness camps to help people realize the importance of good eyesight.

The essentials required to start this business were a qualification of an Optometrist, Sales and Marketing Skills, alongside passion and motivation. A piece of advice Mohammad Rizwan Poptani has for emerging entrepreneurs is to be focused and clear about your goals. According to him, anything is possible when one’s ambition is strong.