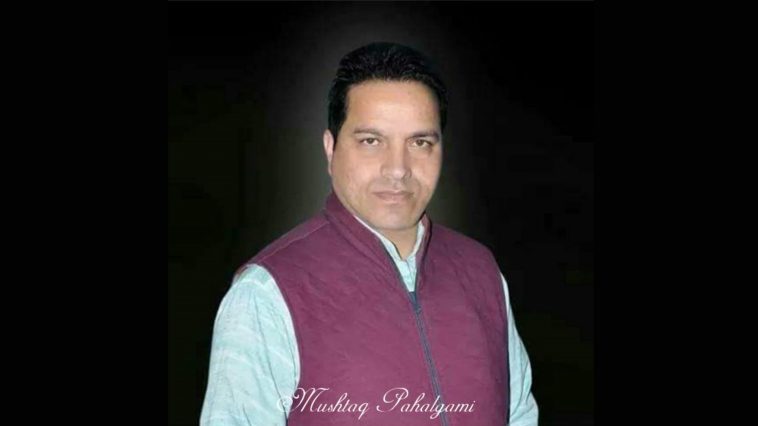 Who do we seek when the times are tough? Do we not seek a savior to provide the voiceless the power they need to fight against the injustice that is done to them? All it takes is a beacon of hope to inspire the youths with a courageous mind and rebellious heart to stand against those that symbolize despair and pain.

Mushtaq Pahalgami was that ray of hope that instigated many to come forward and take the bull by the horns. It was the initiation taken by Mushtaq Pahalgami, the president of Himalayan Welfare Organization, who also happens to be a socialist and an environmentalist, seeks to establish a world where he can mete out justice through his bold influence and law.

Hailing from the small town of gam town situated in the Anantnag of Jammu and Kashmir, he undertakes the task of changing the way the system works by fighting tooth and nail against the disservice done to those in need. His works ‘passion to help others has extended to the field of education, conservation, and health.

His utmost focus on the conservation of the environment and the introduction of education to the children as well as propagating a healthy lifestyle has led him to be recognized by the Ministry of Tourism for his services. So what makes him unique? Let’s find out.

His Passionate Claim To Make A Change:

Do you know the difference between those who speak and those who accomplish? The number of feats that one overcomes is the difference that makes them unique. In other words, the zeal to take up the task to make the dream come true with nothing but sheer will and courage can change a person. Mushtaq Pahalgami is one of the very few who had the ironclad will with strong resolution to change the world.

With one feat at a time, he continued to charge ahead of the Rocky Road, to ascend the mountain with his passionate approach. Associating himself with the trade unions and social organizations, he proceeded to gain the knowledge and experience needed to become the best of the best conservationists in India.

By employing his skills and proficiency gained by the professionals he met throughout the procedure, he initiated an NGO named Himalayan Welfare Organization in Pahalgam that covers the issue of environmental protection and conservation, health care, tourism, poverty reduction, and alleviation, spreading education, preservation of Kolahoi Glacier, Lidder and Sind Rivers as well as the preservation of human rights.

With the dream to bring the change, he set his mind to tackling the issue professionally upheld by rules and regulation so as not to go against anything that would hurt someone ethically or morally.

Steps Taken By Him To Put A Stop To The Injustice:

By sensing the mistreatment done to those who were repressed under the ‘power’ that comes with ‘status’ and ‘existence’, he took the initiation to file an RTI against the illegal employment of forest land, indulging hunting of wild animals, cutting trees to gain personally out of it and smuggling of precious timber.

His organization, HWO has called for as many as 30 camps and information campaigns so that they can educate and spread awareness about the conservation of the Himalayan ecosystem. Through the conservation of wisdom can nature be restored. Apart from campaigns based on natural grievances, Mushtaq Pahalgami also extended his hand to social issues too.

It has been said that Pahalgami and his team filed RTI and PSGA to fight against illegal grabbing of lands, the illegal utility of it, and more. His excellent and heroic accomplishments exhibit what a man should be and what he stands for making a fine example of resolve and strength.