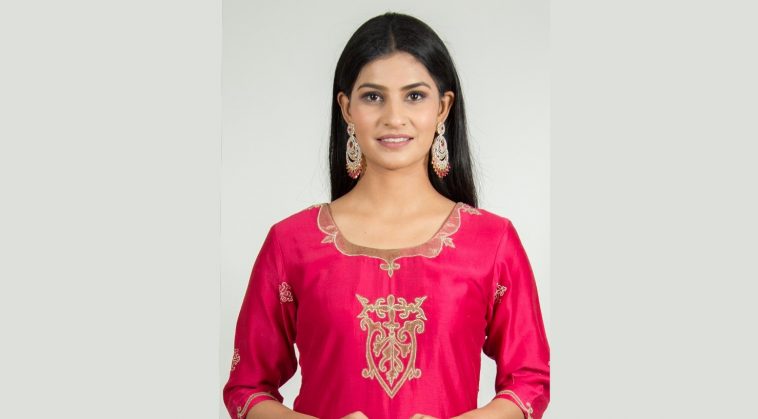 Since 2009, Ashu Satvika Goyal has been working with Nanhi Dunya – a NGO founded by her grandparents, Prof. Lekhraj Ulfat and H. Sadhana Ulfat, in the year 1946. Nanhi Dunya is a registered society working in the field of education, child and women welfare, education for the otherly-abled, children in need of special care, and children from economically deprived backgrounds. And aims to find new dimensions in the field of education and holistic living. Currently, Ashu’s mother, Smt. Kiran Ulfat Goyal is the Chief Promoter and Executive of the movement which is teamed up with 134 dedicated teachers, co-workers, volunteers, and 2000 children including 150 otherly-abled children attending 12 different centres in and around Doon Valley in the lap of the majestic Himalayas. These centers are situated in the inner city as well as in slums and rural areas.

Ashu has been a helping hand to her parents in their noble mission. For the last 75 years, Nanhi Dunya has been conducting cultural, educational activities, & festivals throughout the year to create social harmony in the society. Such festivals have the basic objectives of preservation and conservation of nature, ecological balance, and deployment of appropriate technology, peace, and exchange of different cultural and social values of the different parts of the world.

The extremely talented Ashu is an accomplished Indian classical dancer of Kathak and Manipuri, and have performed overseas in England, Germany, Sweden, Holland, France, and South Africa. Her mother is a renowned musician besides being an educationist and social worker of renown. Her maternal uncle, Alok Ulfat is the founder of Avikal, an institution for an initiative of life and learning. He is also a well-known theatre personality. Besides all this Ashu has also been a TV artist and a national award winning painter.

At the age of 13, she attended “Children Earth Summit 2002” at Johannesburg, South Africa which in a way gave her an opportunity to interact with children from across the globe to discuss several issues on protecting the environment and have sustainable development. Later in 2006, she participated in “Connectivity” held in Sao Paulo, Brazil – an International Conference, which inspires global youth to strengthen their initiative and individuality. She was the youngest speaker among seven others.

Later she attended “New Civilization Conference” in Tokyo, Japan conducted by the “Goi Peace Foundation” and visited the UNESCO associated schools and as a member of ACCU (ASIN /Pacific Culture Centre for UNESCO) she visited the “Garden of Fruition” in Thailand which inculcates fair trade and combines NGOs with ecologically sensitive companies.

She pursued MBA from IIPM and went on to be a gold medallist. Apart from her studies she took dance training from Shaimak Davar from his popular institute SDIPA. In July 2012 she represented India in Sweden and became part of Urban Theatre Company that conducted a Theatre Academy Camp.

She drew inspiration from her grandmother Mrs H Sadhana Ulfat, who was courageous woman who gave up her possessions for those in need. She was a spirited and upright woman, dedicated herself to the social uplift from the age of 14, she is also known as Badi Didi and was a soft-spoken, warm, and dignified person, a woman with a vision, with hope, and a woman who cared.

Ashu was also drawn towards the world of modelling, stepped into it and conqured. She fondly says,

“I got fascinated with the world of modeling and I took part in Miss Doon Winter Queen for the year 2012 where I was the 1st runner up, Then I got the opportunity to do different modeling shows in the Doon valley and was among the 13 finalists who were chosen from Uttarakhand to be part of Femina Miss India 2013.”

In 2013, she started “Rang Himalayas” – a festival that offers a unique opportunity to folks of Dehradun to respect social, cultural, and economic differences. In next few years, Ashu participated in various events and festivals across the globe. In 2018 All India business development Association awarded “Bharat Vikas Ratan Award” for her outstanding achievement as a social activist by analyzing her individual contribution for National Economic & Social Development. Later, she was was certified by “Brave Kids Ukraine and Poland” for being a group leader of child artists from India who represented the country in the brave Kids Cultural and Educational Program which takes place under the patronage of UNESCO & Polish Ministry of Culture and Heritage in 2018.

She has been facilitated by Vice President Honorable Shri Venkaiah Naidu for being a cultural representative for two consecutive years 2018 & 2019 as part of Brave kids Nanhi Dunya Project & by Honorable Lieutenant Governor of Delhi Anil Baijal in 2019 for being a cultural ambassador of India. In 2021, All India business development Association awarded her the “Rashtriya Pragati Award” (National Award) certificate of excellence as a Social Activist & Cultural Ambassador of India.

With an aim to make this world beautiful and peaceful, she dreams of a rebirth of a resurgent international forum of nations, which enjoys an atmosphere of ”openness and freedom.” A spirit of initiative and opportunity would pervade all levels of society. And we salute her for her exemplary service to the mankind and her indomitable spirit to carry it on.