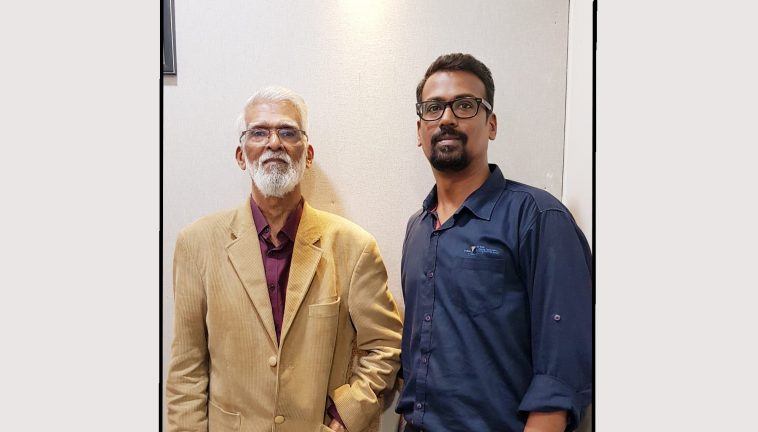 The architecture was his calling and business his forte. He summed up the best of his skills to establish a name in the industry of Design and Architecture. However, he began his journey in this industry alone. Until he was joined by his son who was inspired to pursue the same road to success. The talent, creativity, hard work, and hands-on experience with challenging projects have made them a successful team today. The two able hands joined together have taken the company to a higher pedestal than one can imagine.

The history of one of the most renowned brands today- DESIGNEX– dates back to 1976 when its sister firm Anand Kulkarni and Associates came into being. Ar. Anand Kulkarni managed to get together a team of adept architects in 1976 to start his own firm in Kolhapur, along with two other joint ventures in Sangli and Kolhapur. But from the very beginning, he was well aware of the importance of hands-on experience in the field of Architecture. Hence, he went ahead to gain loads of it!

He started quite small, working on residential projects, only to scale up later on. It was just a matter of time until his abilities were rewarded and he began to receive larger projects of townships, industries, houses, and offices. In fact, he was hired as one of the panel architects for the Karad and Gandhinglaj Municipal Councils. He continued to offer his services there for almost a decade. But the creative architect in him was not ready to give up on the various other innovative, unique, upcoming projects while serving as a panel member. So, he went ahead accomplishing large government proposals, one of them being the Integrated Development of Large and Medium Towns. Moreover, he served in the architecture college at Shivaji University for around five years as a design jury member for the final year.

It was only in the year 1996 that he got a chance to focus on his own firm, after all the hustle of his life. But this hustle had got him more experience than many other entrepreneurs in the industry. No wonder the success he accomplished eventually. But wonders happened in his career when his son Ar. Ashish Kulkarni joined him in his entrepreneurial journey!

Mr. Ashish Kulkarni, quite determined to follow his father’s footsteps entered the world of Design and Architecture in 2005 when he graduated from SPSMBH’s College of Architecture, Kolhapur. He got his first exposure to the business while working with his father’s firm for a year. However, he realised early on in life that this industry of Architecture and Design is very dynamic. If competence is what he is striving for, he must gain international experience to have a better grasp of the industry. And he gained that experience in Dubai while working there for two years.

Yet, all of this did not end his quest for knowledge. He completed his Master of Advanced Architecture at the Institute for Advanced Architecture of Catalonia in Barcelona, Spain. With this abundance of knowledge and international experience, he came back to India and worked with his father’s firm for another year. It was not long before Mr. Anand Kulkarni began to see his son as a potential partner in the new business firm he was planning to establish- DESIGNEX.

As a result, DESIGNEX was born in 2010 in Kolhapur. Since its foundation, the firm has worked on huge scale projects to provide design solutions in Architecture and Interior Design. The company has a multi-disciplinary, client-centred approach delivering the clients the best of its services. DESIGNEX is the result of a wonderful blend of knowledge and experience, owing to the two partners of the firm. Thus, it proves to be a strong foundation for other ventures as partners. Already dealing with lucrative projects, DESIGNEX is certainly going to leave a mark on the industry in the coming years.