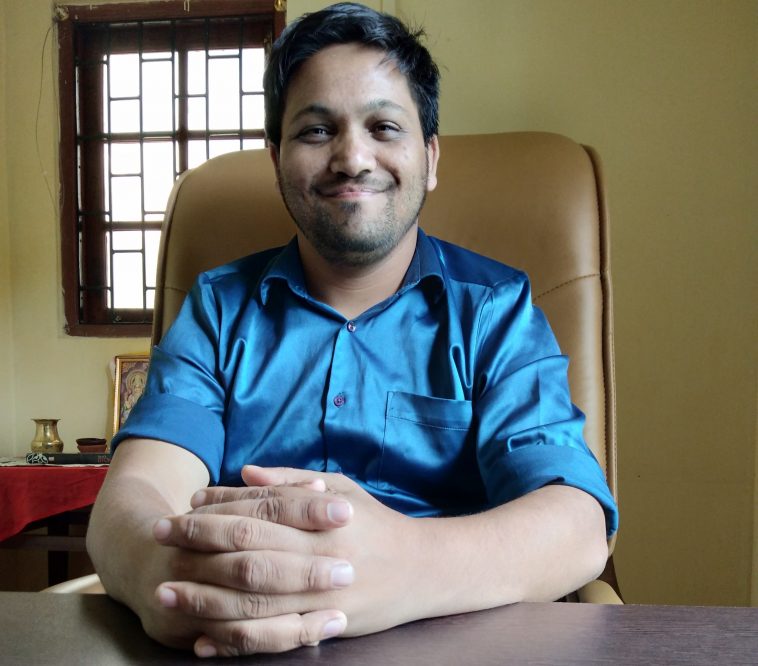 Mr. Santos Sunar,  the founder, was once clueless about his own professional life, making the story even more fascinating. A moderate student from Shillong with a passion for his life has struggled a lot before establishing this vast organization. Along the way, he came to realize the best qualities of him and decided to use them as a weapon to help others.

“I cleared my graduation in 5th year (Failed two times)… I then learned to Change your Dreams if it needs to be changed but never give up.”- He says. Coming from a middle-class background, the whole period was undoubtedly tricky. Also, lacking educational skills was a huge problem. But, he refused to give up.

“During these phases of my Educational and professional life… I then pursued the life of Motivational coaching and Speaking and became an entrepreneur.” – He says

Mr. Sunar knew this could not be only his journey. The motivation and reality-check he got through his many years of working in several sectors of the corporate field, gave him a purpose. Establishing this organization has given him a goal to guide people who need it.

He always had a passion for having his own company. But early in his life, unable to decide.  Working for several firms, he has seen enough to understand what profession would be suitable for him and give a purpose at the same time. According to him- “I was passionate about Motivational Speaking and Coaching and used to watch more Motivational Videos and lives of… to be an entrepreneur, you need to persist.”

Motivation is what kept him going. Then after building his own coaching, he was finally able to help people. The organization has been helping people to find the right direction, even providing platforms for Jobseekers and dropout people to endure professional life through their numerous Mentoring programs.

Hurdles Came In His Way

Challenges are a part of everyone’s life, and to become an entrepreneur, the person must endure everything that comes within. The best thing about his coaching is he gives genuine advice. The coaching center is doing a remarkable job, and even in this short period of time, made a name for itself. He is a true leader to his employees. This self-made man is a true inspiration for generations to come. If you wish to book a session for yourself, go ahead and find him on www.betheguide.net.