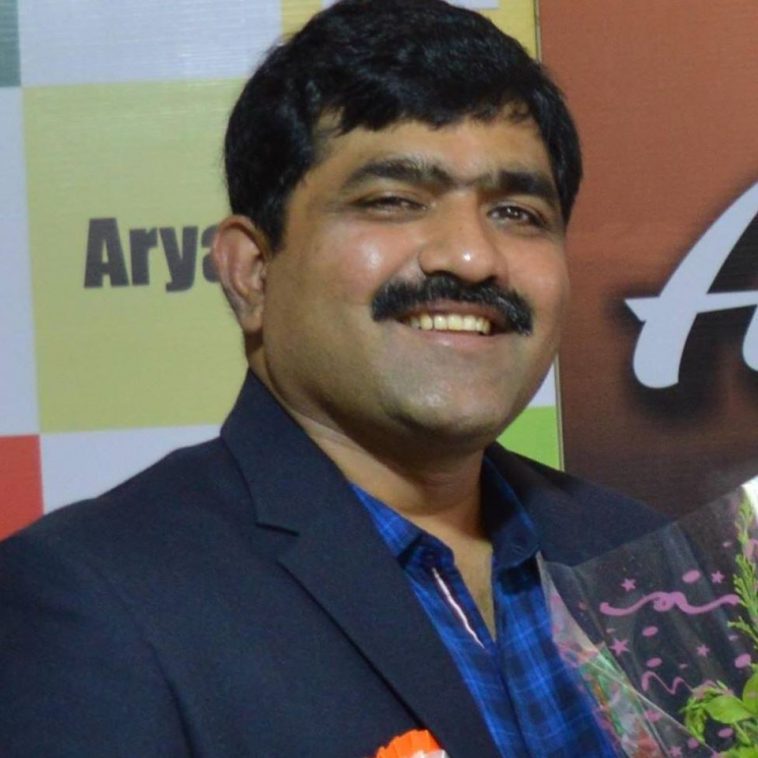 Sunil Khanderao Fatangare, CEO of ‘Arya Career Academy’, is a success story in many ways. The Radio Officer in the Navy, who turned an entrepreneur, shares his motivating story with us.
‘Arya Career Academy’ being a commendable educational institution, provides guidance to students for all competitive examinations. The highly noble motive of the Academy, to aid poor students in getting a job in Government services, is what makes the institute stand out of the crowd of competitors. Having being able to place more than 7000 students from the village area, in the government services, adds a feather in their cap.

Sunil, soon after leaving his job from Navy, took an interest in preparing for UPSC and MPSC, and also commenced tutoring during that period, which eventually helped him in gaining confidence that he can help his students pass exams in any subject. Apparently, he began guiding MPSC students and got great results, which boosted him to evolve his small business into a huge venture.

Sunil considers Shiv Khear as his idol, reading whose book called ‘Yash Tumchya hatat’, filled him with confidence to work hard. Sunil, after leaving his job, tried for a software company owing to the USA visa he had, but due to the 9/11 terrorist attacks, all his hopes were down. Facing a big loss for investments made in the software courses, the responsibilities of being married urged him to get a job and earn money, which he did by running an auto rickshaw and then by running a ‘Pepsi Agency’. Apparently, during that period his wife became police sub-inspector and left him. This grief made him an alcoholic, but soon after getting remarried, his life came back to the track. Now, this immensely successful entrepreneur owns 12 branches of his institution in Maharashtra.

Recalling his biggest challenges of leaving Merchant Navy job and further joining the MNC’s like ‘Zim Shipping’ and ‘Tanker Pacific’, Sunil now focuses on empowering students of rural areas through his institution as he believes that poor students cannot afford education in cities, instigated him to commence his venture in rural areas , and after gaining success in rural areas, he incepted branches of his educational institute in Metropolitan cities as well.

The multi-talented person who understands every subject with ease, considers his capabilities of teaching any subject and special intelligence as God’s gift, which has made him win ‘Bhaskar Bhushan Yuva Ratna Puraskar’ for his incredible services.