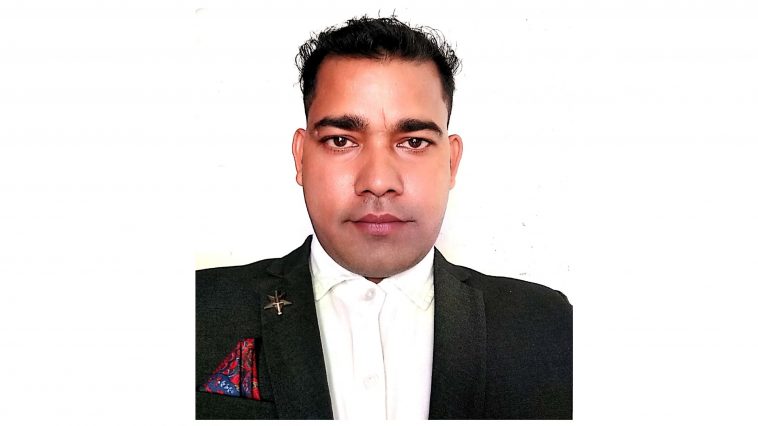 Prof. Manoj Kumar, Department of Political Science in Govt. Degree College Maldhanchaur,  Nainital Uttarakhand. He was a kid from a middle-class farmer family and was raised in Gautamnagar, a small village in the Nainital district of Uttarakhand state.  He has received primary education at Government Primary School, Gautamnagar,  secondary education took place in Devipura, and high school and inter education was done at Government Inter College Maldhanchaur. Later, Mr. Kumar was Graduated in higher education from Kumaun University, Nainital 2009, postgraduate in political science, 2011.

However, getting such prestigious degrees wasn’t a smooth journey for him, despite being a kid from a farmer family, and losing his father in 2012 had shaken his world majorly. Being the eldest of all his siblings, he was bound to take all the responsibility after his father’s demise. But, he continued his education and did B.Ed in 2012-13. After that, he took coaching from Jeet IAS Haldwani and did a 6-month course in floriculture.  As soon as the coaching was completed, he came to his village and started teaching children for free.

As an impact, the children who were guided became successful. Since childhood, Mr. Kumar has been very interested in reading and teaching, and it encouraged him to start teaching children in primary school.

“I believe that the teacher’s job should be to make weaker students talented.  It is easy to teach a genius, it is fun when there is a struggle to make the weak talented.”– Prof. Manoj Kumar

2017 was a tremendous year in his life.  His elder brother and mentor, Dr. Prakash Chanyal motivated him to do a Ph.D. & he further asked him: “He told me by staying in the village, you can educate only a few children, not the whole society. If you want to educate society then first you have to be successful. With which you can educate the society even with body, mind, and wealth, and his words influenced me a lot.”

When Prof. Kumar went to D.S.B.Campus Kumaun University Nainital, he learned a lot from Gurumata Professor Neeta Bora Sharma. Then,  he also did NTA NET and U-SET in Political Science in 2017 by staying in Nainital following the path of his teachers.  With this, he published a paper “Role of Rajya Sabha as Second House” in a paper journal of Acharya Narendra dev research institute Nainital and his second paper in the same journal published the contribution of Mahatma Jyotiba Phule and Savitribai Phule in women’s education.

Recently, in 2020, he was approached by Dr. Chandramouli Joshi, Chairman of the Raman Science & Technology Foundation, and was appointed as Director of the National Council of Teacher Scientists, India, and APJ Abdul Kalam National Council of Young Scientists.  This was undoubtedly the biggest achievement of his life.

For all his contributions in life, even running a campaign against the atrocities with women, whose expenses are borne by his organization, Jyotiba and Savitribai Phule group, he has received many recognitions. On 5 September 2020, Divya Himgiri Magazine awarded him the “Teacher of the Year 2020” at Uttarakhand state level in its 3rd Ceremony.  Hence, Mr. Lunar wants to sincerely thank Opus India Pvt Ltd for nominating him for the Global Icon Award and everyone else along his journey.