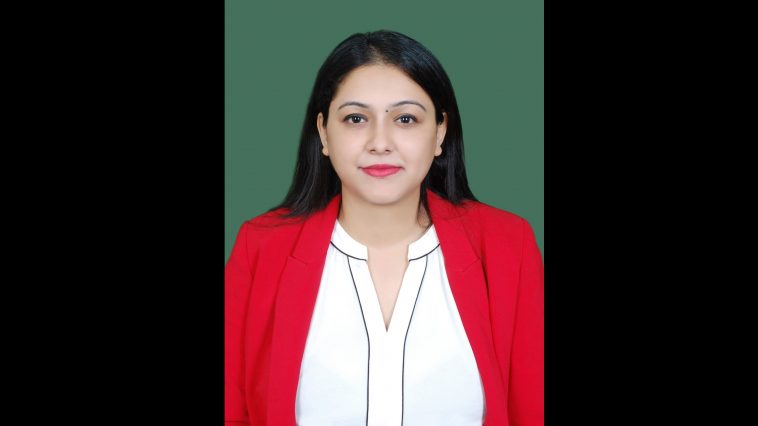 AKV Wall Putty started its journey in October 2018, with branded products as competition that already dominated the market and were all tried and tested. It was a huge challenge, but that never pulled back its founder Akriti Verma, who always dreamt of being an entrepreneur. Coming from a service class background, it wasn’t easy to setup her own firm that too in an unconventional segment. But she defied all odds and invested most of her savings to setup the machineries and made it all operational.

Akriti’s home state, Bihar, is known for people who migrate to other states for employment. She wanted to break this taboo and provide employment to the Biharis. AKV Wall Putty, precisely served the purpose of providing jobs to the natives. So, at an age of 26, post her MBA from Singapore, she had opened up the wall putty manufacturing unit with a capital investment of 15 lakh, and today it’s a 1 Cr turnover company with great equity in the local market. She now intends to branch out into white cement and tile adhesives which are also a big avenue into the cement industry.

Akriti was very focused from the beginning. According to her,

“I knew I wanted to start a business since I was a child, and when I visited Singapore, I learned that infrastructure is indeed the backbone of every economy. As a result, I was certain that I wanted to produce construction-related raw materials, which led to the creation of the wall putty concept.”

Her family never had any business background. Her father was  a Director at the Art Culture and Youth Department. But they supported their daughter’s decision to make an entrpreurial plunge and was there in thick and thin. Her mother kept her spirits high and encouraged her to open up this B2B product, eventhough she never had any knowledge about the product.

Today AKV Wall putty has created a niche in the segment, but the journey wasn’t an easy one. It wasn’t a silver platter that Akriti inherited. A multitude of obstacles and setbacks constantly kept her off the track and she kept defying it. In 2019, she lost a very strong pillar of strength, her greatest inspiration, her mother, while busy establishing the manufacturing unit. It was a personal loss that was depressing and heartbreaking.  She wasn’t able to concentrate and contribute significantly to both her personal and professional lives. Other factors that challenged her every now anda then were the male dominance in the sector, big established brands where a threat that made things hell. To make it further worse, COVID impacted badly. But inspite of all the drawbacks, she remained afloat.

As a businesswoman, Akriti is dedicated in creating a welcoming and secure atmosphere for women. She wants to empower Bihari women and taking efforts to ensure that future generations would be better off than present ones. Based on strong management and verifiable achievements, her company aims to become the leading maker of paints and colors in the next five years. With her confidence and never give up spirit, sets her apart from the other players in the market.

One of the few accolades she received was for being a woman and putting up a good fight against her well established rivals. Second was for her efforts in building a cement company, she was recognised as a young achiever award. Also, she got listed as “The most influential Women in Manufacturing Sector Award” and got selected into 100 Most Impactful Business Leader Award. Before signing off she shares few success mantras,

“Patience and consistency are the two most important lessons I’ve taken away from this adventure so far. My advice to all newcomers is to conduct thorough market research before beginning a firm and to maintain patience. It takes time to build a business.”