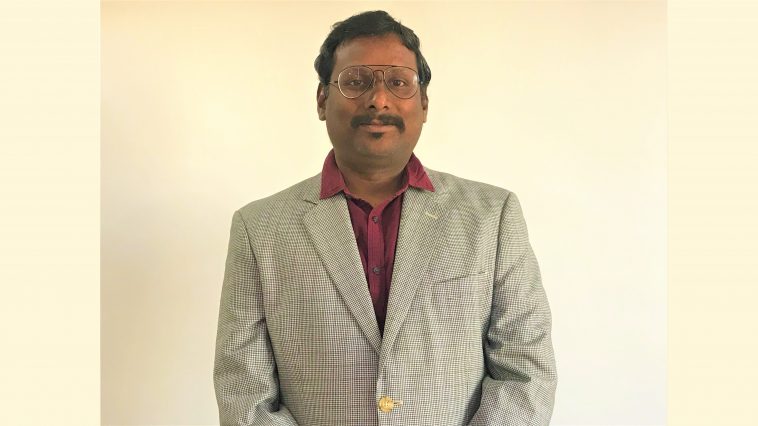 What is the most important task that can change a person? Which profession plays an important role in laying the foundation of a person’s future? There are so many things that one can aspire to be but the task of the teacher is one of the most important among all as it falls upon them to lay out the foundation of a children’s future brick by brick using all their might, will, and knowledge.

Through imparting their wisdom and effort, they build a safe space for children, they lay out a path that will lead them to success. Knowing how important it is to build the core of one’s knowledge,  educator NVL Krishna Prakash, started walking the path to success along with his students.

The road to success was a long one but starting with just 12 students in 2004, at a ripe age of 23, he understood that only by sharing what he knows, only by imparting his knowledge on a certain subject, he can grow as a person and as a teacher.

While helping the students around him grow to utilize his skills and experience, he created a niche for him as well as for his students. Seeing most of his students getting placed in top institutes such as IITs and NITs, he got the confidence he needed to finally call himself a ‘teacher’.

Encouragement Behind The Profession:

Understanding the need to grow as a person, both educationally and morally, he figured out that through the profession of an educator, he can achieve what he wants. Hailing from a small town, he realized the harsh truth and gave his all in his education. Till his masters, he continued to teach and maintain his studies.

It helped him gain knowledge from all streams which helped him greatly. Providing the students with an easy approach so that they can leave the subject effortlessly was why many students came to him to take tuition. This particular event struck him with a realization that through this journey he can help people grow.

But the biggest encouragement that he received was noticing the streams of happiness on his students’ faces after getting placed or landed with a job. It not only motivated him to work harder as an educator but filled him with the needed inspiration that makes him keep going forward.

The messages that he received from his students helped him to understand the influence he has on their lives and how he can make a change.

The Struggles He Faced:

Considering his rough life as one of his biggest sources of inspiration, Mr. Prakash considered himself to be his inspiration.

“The lessons I learned from my life and the hurdles I crossed were only the inspiration to me to grow in life. I am always a learner for Life and always a self-motivator”

Thinking that a storm may come but after that storm, a rainbow will appear encouraging him to keep going forward even after seeing all the discriminatory comments regarding him.

“When a person gets a name and fame in their career, our surrounding colleagues and management may create few problems for us to retard our growth.”

He soon dismissed all the negative remarks about him and focused on his growth as an educator as well as a happy human being.