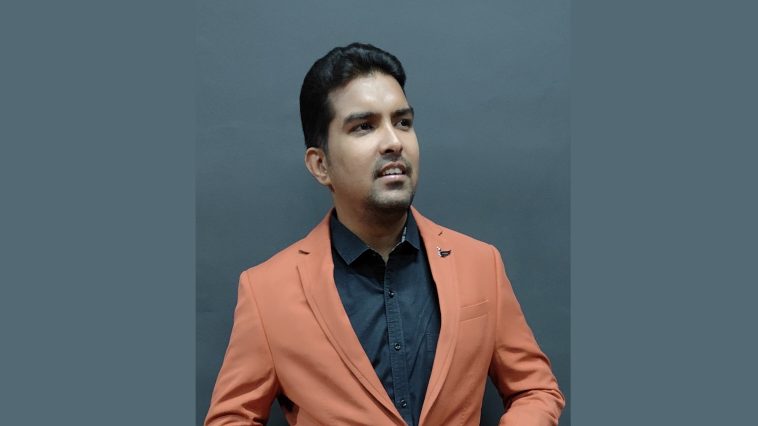 Sudendu Shah is that ‘small town boy making it big’ phenomenon who dons multiple hats in his entrepreneurial expedition. He is the CEO of Pride Group (India), MD of Al Shibel L.L.C (Dubai), MD of Pride Group L.L.C (USA) and MD of Pride Verticals Ltd. (UK). He hails from Solapur and his humble beginning in a middle class family taught him that there’s no alternative to hard work, and that’s what he saw in his parents during his growing up years. As a teenaged boy of 11 when other kids were busy enjoying life; he was helping his father in his business and learning the core values of life. Initially, a reseller of “Mukhavas”, and later helping out his father in his catering business, he had already set up those business acumen. He has reached a pinnacle today, and aspires to grow more, without any guiding light in the industry, with his mere dedication and an ability to dream big. Sudendu Shah says “ There is nothing like a small or a big start. The important thing is to start with something”.

In order to pursue higher education he shifted to Pune and thereafter there wasn’t any looking back. His sterling leadership qualities and the ability to empathize and motivate others in his college days landed him to his venture as a football coach. Knowing well of his abilities, he was able to establish his own coaching academy called “Pride Coaching Academy”. Dedicating his time and sweat to the cause, he opened 4 more branches of this academy in just 2 years and from thereon, he never looked back.

During the course of getting graduated as a Mechanical Engineer, he wanted to start his own business and become an Entrepreneur. This phase was a crucial stage where he had to strike a balance between his college life, his career and his ambition. With self-belief and strong determination, he set a foot into the field of “Event Management,” Earlier it was just trivial entity named ‘Pride’. He tackled one field at a time with creativity and innovation and made a strong headway towards progress, working with prestigious brands like INOX, Miraj, Vodafone, CNBC, Nature’s Basket, TV 18, Aditya Birla Group, Pune Cantonment Board and many more.

Riding on the wave of success he expanded “Pride Group” in to various avenues including “Garment Business” in 2015 & IT sector in 2016-2017. The goal is to work towards future technology. The small town gentleman is now connected with 95+ countries. Today Pride Group has 4500+ clients across 95 different countries in its kitty. The volume itself speaks of its success. At the young age of 30, Sudendu is now a living example of “a Successful Entrepreneur” with global footprints in Pune, Mumbai, Kuwait, Dubai, and the USA. He is also on the Advisory Board of NULEARN, a brand collaborating and conducting industry-relevant courses with IIMs all across India.

A simple start in 2008 has now taken the business into diverse field of event management, export – import, garments, trading, digital marketing, agro farming, outdoors and many more. Being closer to customers and understanding them thoroughly has been the success mantra for Sudendu. His dedication, sincerity and honesty also pays dividend. With the motto of “creating jobs” this new age entrepreneur have so far been able to create opportunities for able talents. According to him,

Starting a business has helped me to interact with new individuals and diversify my business and this is one of the most important aspects of whatever “Pride Group” has achieved till now. “Opportunity may knock once, but you may knock opportunity often” says Sudendu Shah.

Struggles and problems are part of life and one must always embrace it rather than regretting or expressing sorrow over it. Every problem comes with multiple solutions and those multiple solutions come with multiple opportunities. It’s not the problems but the approach towards the problems that counts. Just like any other human being, Sudendu too have faced a series of problems in his life and even he may face it in future as well but the focus will always be on how to approach it. Therefore while establishing an MNC in such a short period of time it requires a lot of factors such as capital, team formation, experience, in-depth knowledge of global market and so on.

Sudendu have had many feathers to his cap – he has been “Times Men of the Year 2018 – Young Entrepreneur” followed by “India Icon 2019 – Most Dynamic Young  Entrepreneur” and “Indian Achiever’s Award 2020  –  Excellence in Business Leadership”. He has been listed as India 500 CEO’s 2021 & also felicitated with “Worldwide Achiever’s Award 2021 – Most Promising Entrepreneur of the Year” and also he has won “Brands Accord Awards 2022 – Youngest Self Made Entrepreneur for 30 under 30 category”. With such heavyweight achievements, let’s now hear it from the champion himself, what he has to advice to the young entrepreneurs who wants to make it big in business arena. According to him,

“If you want to start anything go for it, go for it in right direction with proper dedication and you will achieve it, you may see downfall in middle way but it’s your dedication that will keep you up, just keep on working and you will definitely get it. Instead of giving reason just try it because if you try it the success is yours.”

Connect with him on: