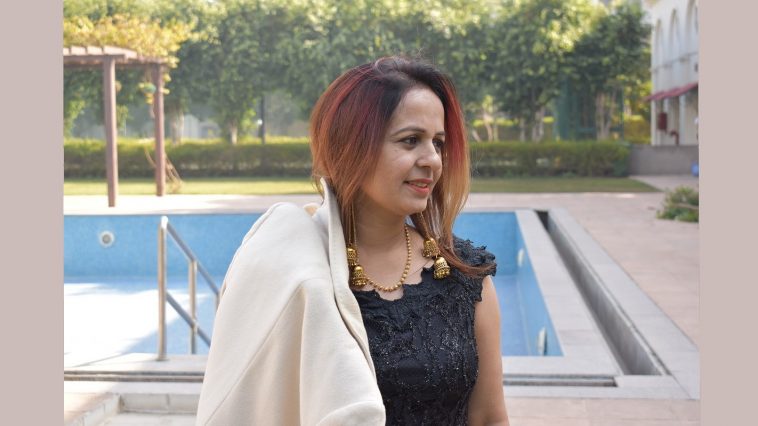 Have you ever wondered where would a staunch heart and fiery will take one? Knowing that the world is unfair, knowing how much a woman has to go through in this predominantly male-centered world, Mrs. Vinti Kumari has taken the hard path by establishing a foundation that cannot be shaken that easily.

“The life of villagers, especially women, is very hard and without any goals. But I always wanted to do something in my life. That’s why I put my thoughts and opinions in front of my family and they fully supported me.”

Through her creation, AMRIT ENTERPRISES which came to be in 2019, Mrs. Kumari has achieved what she wanted to in just a short period.

Being inspired by how the women in the village area had been suffering, she moved to Gurugram to bring that needed change in the field. Her socialistic outlook took her to places where she can now soar higher than ever. Recognizing that in Patna, her growth was arrested, she made her way to Gurugram.

Being encouraged by her husband and her family members, she initiated the enterprise with one clear goal, to accomplish her dream of reaching the pinnacle.

“My husband, Ajay Kumar, is very supportive of me as well as my family members too. I’m very thankful for this.”

The essence of her business:

“(I am) A passionate businesswoman, Social-worker, teacher, and a housewife. To have my own identity, this company leads that into action.”

To bring the change that was needed in this field, she kept working, she kept growing, she keeps ruling. Now her business provides a niche that fabricates clothing and customized dresses. They tend to bring that into realization in a cost-effective way maintaining good quality. The unique design of the material as well as everything that represents their company ensures that they can take the enterprise to an international level.

The advice to young entrepreneurs:

When asked about what she would like to convey to young entrepreneurs, she claimed,

“Convert your passion into a profession, and just prove yourself.”

Knowing the problems that lay in the field and how one needs to gain marketing knowledge, she thinks that having convincing powers along with placing one’s 100% unwavering faith are the only things that will take them forward. This thought process helped her gain awards such as FSIA Superwomen Award, Best social Activist, etc.