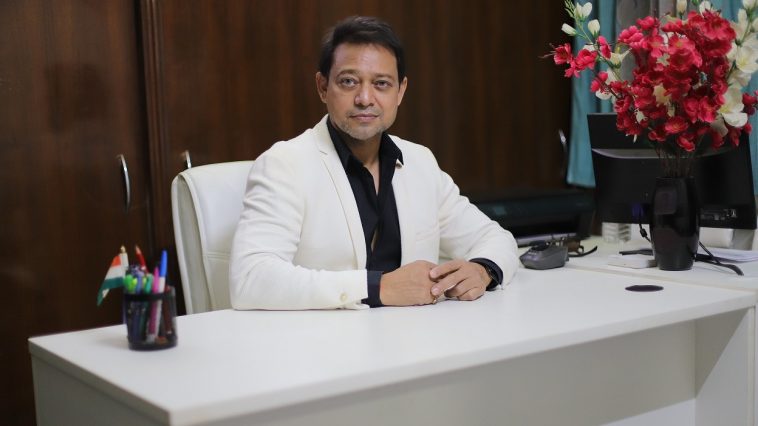 This bureaucrat took VRS to setup welfare society in order to serve public through his venture by providing high-quality affordable dwelling units with green technology.

It is unheard of any bureaucrat quitting his well-set job to venture into something that would serve the public at large. Dr Neh Srivastava, started this CSSOS in 2016 at the age of 48 while working under Secretary in the Govt. of India, however in view of extreme pressure of meeting the expectations of members coupled with administrative, management, legal and welfare activities he took VRS in 2020 to devote more time to CSSOS. He formed the society that envisions a close cohesive ambiance with a view to foster brotherhood and fraternity among all the members. It is a society of CSS ofﬁcers for CSS Ofﬁcers of Central Govt. along with ofﬁcers from State Govt., PSU, banks, financial, academic Institutions and selected professionals.

In spite of having a prolonged career in different ministries, Dr Srivastava had been an educationalist alongside as well as a motivational speaker. He had also done various social activism. In his illustrative career as a bureaucrat, he had served Ministry of Home Affairs, All India Radio, Ministry of Commerce, Directorate General of Foreign Trade, Ministry of Textiles, and Ministry of Water Resource at various capacities and had done some phenomenal work.

Having closed to 500 members, CSSOS being a non-profit society works with the single motive to provide good quality houses for Public and Private Officers at affordable prices without any profit and to save all fellow officers and public from the clutches of unscrupulous builders. On expansion plan Dr Srivastava candidly opens up and shares, “After Delhi, I am now planning to move to other cities to fulfil PM’s dream housing for all by proving affordable housing under Prime Minister Awas Yojna (PMAY) across the country.”

It was his colleagues’ suffering and blockades of their hard earned money with the builders’ community that encouraged him to start the welfare society that would provide dwelling units of highest quality with competitive prices. Courage, hard work, dedication, and undying spirit of serving the nation through all odds shown by Sardar Ballabh Bhai Patel, has always inspired Dr Srivastava to work selflessly for the public at large. Honourable PM Narender Modi also motivated him to work for the public.

It has not been an easy task to manage the society. It has been tough to preside over a Welfare Society having members from different intellectual background and status. Despite having all the good intentions and zeal to serve the members and public, he had to continuously prove himself. He isn’t the owner but an ordinary member of the Society who has been elected as President of the Society for a stipulated period. Due to difference in ideologies among several members there have been constant hindrances to sabotage his efforts of achieving this welfare mission which has been a major challenge in maintaining his chair.

His idea of forming a not-for-profit society first struck him when he went through a news item about land pooling policy. That’s when few members came together with a Society whereby they planned to develop their own Group Housing Society instead of getting trapped in the hands of Builders. Having an eye envisioning needs of people; dreaming about fulfilling them; and passion for rebuilding public trust probably makes Dr Srivastava different from others.

He has several feathers to his cap. Some of the notable achievements include – FICCI Cascade Award, Times Power Icon of the Year, Bharat Sauryashree Award 2018 etc. Dr Srivastava had also authored 13 books and had written columns in 39 journals. The dynamism in his character is evident that makes a unique entrepreneur out of him. So, what does it take to become a unique entrepreneur? And Dr Srivastava expresses his views,

“Having an eye envisioning needs of people; dreaming about fulfilling them and passion for rebuilding public trust probably makes me different from others. I am a self-believer, which is the foremost thing to follow dreams and that is what has helped me thinking something different and I wish I would succeed in what I have thought of.”

Besides being a successful entrepreneur, he is a well-recognized face on television channels. His interviews have been aired from 20+ top-notch media houses. His social and business outlook and bylines have wide reach over more than 50+ daily newspapers and magazines. He has a strong presence on Web with 200+ coverage. Since he deals with real estate, he is a recognized columnist of India’s largest real estate portal 99acres.com.

Dr Srivastava has been a versatile character throughout. Spending almost two decades in government establishment, he has a wide horizon of thoughts and having worked in almost all verticals, he has learnt everything; from research to strategic planning to execution; to review and monitor to rectification and implementation of ideas to reach goals – which defines a successful individual who has ventured in every aspect. Even after gaining huge amount of experience, he is greatly impressed by the younger generation, who are not only technically sound but also focused towards achieving their targets. For them his advice is to follow 3Ps to achieve SUCCESS in life i.e. PASSION – PERFORMANCE – PATIENCE. Not everybody can reach the feat which Dr Srivastava has achieved, balancing government services and passion to serve public has helped him to be successful. His multi-dimensional outlook towards life and work has further given him wings to his dreams. He truly inspires the young entrepreneur by all his zeal and enthusiasm to make this country proud. Immensely enthused by PM Modi’s  vision and mission to make a brighter India, Dr Srivastava has been relentlessly working for his venture to take forward CSS legacy.