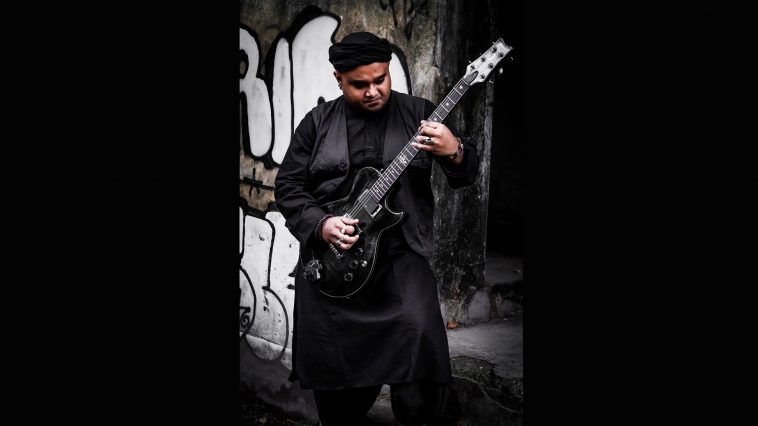 Music is nothing but a soundtrack of life that gives a glimpse of the journey that a person has made through times and ages. Each chord struck the emotion that one goes through, each piece of the note tells some unsaid words that one wants to express. It is through music that musician Somak Sinha tells his life story where a young mind at work finds his passion, gets lost in grief, and bounces back again, better than ever.

This rollercoaster ride that his life has been can be easily witnessed through the pieces he creates and a plethora of emotions can be overcome with each phrase. At the very young age of four, he conceived a notion, a notion to dedicate his life to music, to live through his music. However, it was only by losing himself in grief that he found himself.

After doing many gigs with renowned musicians for quite some time since 2014, he had gained experience and knowledge about the music industry which helped him to propel his solo career. With this concept of utilizing his experience gained over these many years and knowledge of symphonic representations, he founded Adbhutam.

Finding the people that share the same views as his, who value music just as much, helped him to bond not only as a friend but also as a fellow member of a team. Adbhutam became the very reason they are living for, as with each chord, one can hear their lives thoroughly.

“Every time Adbhutam has given us the motivation to carry on and express our feelings and sorrow through our music.”

The essence behind their creations:

The physical form of music is sought to bring people closer, irrespective of gender, caste, or any form of other restrictions. Crossing the boundaries of conventionality, music surpasses many barriers. The music of Adbhutam is supposed to do just that.

Their music, which encapsulates multiple genres to fuse into one, the Raga-Rock Fusion, has won them multiple awards, Band the year Indo-Rock fest (2015), Honorary Delegate at Apeejay Kolkata Lit Fest, Kolkata, Art of Fusion DMIC (UK), Artistic Echos Songdew to name a few.

Along with that their music has been hailed by BRAVO International Book of World Record, CREDENCE book of World Record, All India Radio, BBC Music, Rolling Stone India as they featured their latest album “Spirit of Fusion“. They are trying to grow as a band and musicians with their brainchild as they are thinking of holding many workshops through India to help others know what phenomena and power music holds.

“My band members and I are planning to hold workshops throughout India to spread the magic of instruments.”

The struggles they faced:

Understanding the fact that only by enduring a storm, one would get to feel the rays of hope, the members of Adbhutam continued to welcome the struggles. As a growing band with an eclectic mix of musical phenomena, it was rather rough to get recognition. However, they made it through their sheer will and talent.

“Acquiring funds for my music videos and for setting up my studio was also a big challenge.”

They gained the funds through trials of hardship and managed to ensure that they get the result they are looking for.

The inspiration behind his creation:

Taking inspiration from his mother who introduced him to classical music, and the creative brilliance of Pt. Ravi Shankar and Amjad Ali Khan helped him gain the confidence he needed to tell the tale. The support he received from the people around him helped him to move forward in this hard world.

“To speak the truth it’s the humans around me and their faith that are immensely essential for me to continue my journey.“