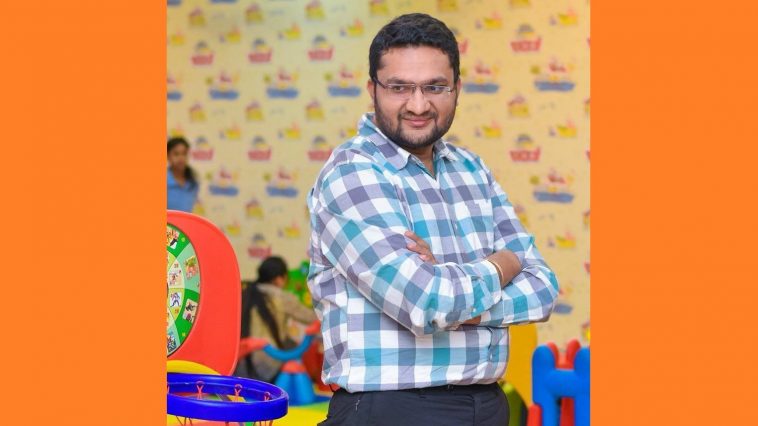 With a capital investment of Rs 6 lakh, Mayank Garg, started with a single store in 2006 from Mehrauli, under the name of Sanjivani Chemist. Today this pharma retailer is clocking an annual turnover of Rs 30 Crore through franchise distribution model. Sanjivani currently runs 300+ franchises across the country offering multiple SKUs to its customers. The pharmacy in Mehrauli was well-organised, computerised, and air-conditioned. According to him, digital accounting for all transactions, big or small, became the company’s USP. Not only did it help in making operations seamless, it also eased inventory management and helped control shoplifting among other things.

Mayank started his entrepreneurial journey at 31. He is a keen learner, and always a fast mover. He is very much focused and hence a successful businessman. He believes that this is the industry which needs good amount of care and quality, and Sanjivani is the distributor and retailer who can match up in the pharmaceutical industry in India. With an aim to become one of the largest retailer in India and overseas, it offers wide range of products which include OTC drugs, surgical goods and all kinds of prescribed medicines.

Sanjivani has been serving its patrons with genuine medicines at reasonable rates, since inception. All of its stores are managed by individual owners under common SOP. Although it’s a brick n mortar operations now, in the coming days it is going to be live online, offering the required medicines round the clock. It was lack of organised medical stores and overpriced medicines that triggered Mayank to start with his venture. But he did face some initial challenge like, people perceived medicines to be expensive in his well-organised, upmarket stores. This initially affected footfalls, which however changed when word-of-mouth started spreading.

Mayank takes inspiration from his father and grandfather. It was those initial resources that didn’t come to him handy and hence posed hindrance to his venture. Being new into the industry also has few cons, as there wasn’t any support from the family. However, like a true businessman, over the period of time, he overcame all these hurdles and emerged as a winner.

There’s a focus of expanding the retail chain and have its footprint in Tier II and Tier III towns and cities, as Mayank feels that there is no proper infrastructure to provide affordable medicines at people’s doorsteps in these places. The company specialises in providing a large variety of medicines as well as medicinal equipment and since the COVID-19 pandemic situation, people across the country was forced to stay within the confines of their homes, Sanjivani Pharmacy used the opportunity to expand its presence by opening up its franchise stores in places with poor or negligible retail or distribution network.

“To start your own venture, one has be passionate, consistent and have those initial capital to move around. Following up is an important task in any businessman’s life. As an entrepreneur we may not be doing all tasks on our own. But a strong follow up which will make people work for you.”

He also feels that success is not an overnight phenomenon. It’s an ongoing steady process, so never lose hope and remain consistent.

Sanjivani Pharmacy has received several accolades and has bagged many lucrative institutional orders, including those from clients like Tata Projects, Max Health care and the Embassy of Dubai, to name a few. It is also the recipient of the prestigious ‘Franchiser of the Year’ award, which it had bagged during the 15th International Franchise & Retails show in 2017, and thereafter went on to win it for 3 consecutive years in a row.