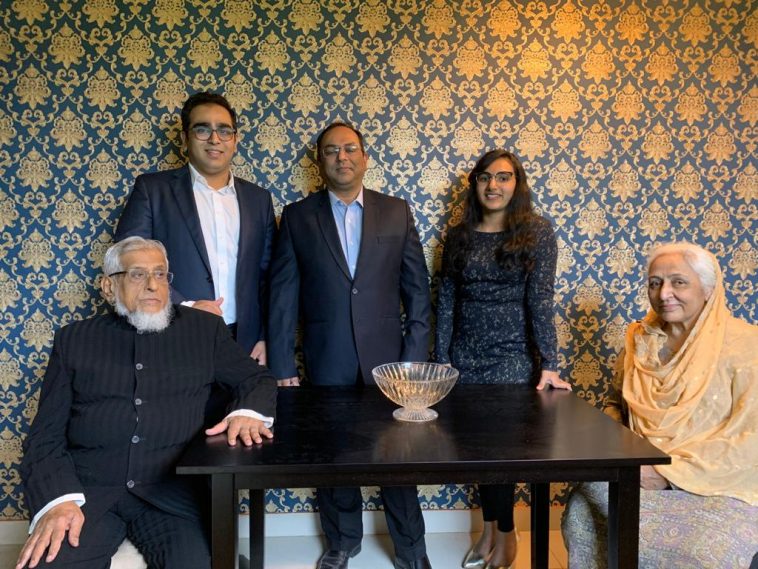 The brand is called Shariff and Associates., established by Mr. A.H. Sheriff (84 years) and currently running by Hussain Shariff (50 years), his son. The company was built in 1967, in Bangalore, when Indian people were not very much aware of the interior or architectural design as such.

At that time, After completing his engineering in 1961 from B.M.S. College of Engineering, Mr. A.H. Sheriff traveled to Germany for two years and gained experience in the field of architecture. He, then, worked with the renowned architects M/s Chandravarkar and Thacker for four years. As he has always been a hardworking and sincere perfectionist with a passion for independence in his mind, he established his Engineering and Architecture firm with the name Shariff and Associates, in 1967.

The Reason Behind Choosing Architecture

In an interview with us, Mr. A.H Shariff told us, “Back in the day, there were only a handful of architecture and engineering firms in Bangalore out of which most were government firms that mostly handled big commercial projects.” Therefore, He took the opportunity to start on his own and fulfill the necessities of the middle class by building them functional structures.

They are Architects, Interior Designers, and Town Planners and they undertake projects ranging from commercial, residential, cultural to townships, hotels, and educational institutes. The firm does design for hotels, office complexes, villas, residential apartments, institutional buildings, hospitals, retail facilities, multiplex cinemas as well. Together, with sticking to their principals, A. H. Shariff and Hussain Shariff has over 50 years of experience.

Mr. A.H. Sheriff is a man who went to German and saw how the western world was changing and bringing simple designs alive through art & craft. Therefore, knowing the exposure to architecture abroad was the main inspiration to both The father and son at different times of their lives.

The Obstacles & Achievements Came Through

A business of this range has its fair share of issues to dodge. Firstly, there was a financial deficiency in the earlier days of its establishment which fortunately was possible to overcome. But the main issue was changing people’s minds about this craft. As Mr. Sheriff would say,

“Other than the financial struggle, it was difficult to change the mindset of clients to employ an architect, as the ´Maistri´ was the designer and builder.”

However, even after passing decades, they are still able to hold their position in the market. They were true to themselves as well as the profession they chose. Also, just like his father, there is no doubt that his son, Hussain Shariff could take his place so gracefully. Mr. Hussain has always had an eye for detail and brought a new wave of aesthetics into the design processes of Shariff and Associates which his father is super proud of.

For their work, they have many awards and recognition around the world. And recently, they got the “Top Architecture and Design Firm of the Year 2020”, “Karnataka Award under the Hospitality and Commercial Projects” category for the year 2020.