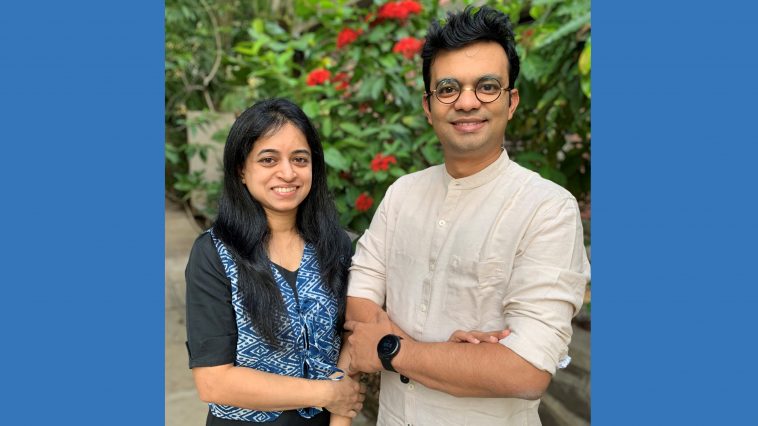 He is a people’s person, who possesses distinct work ethics that involves love and respect for his team. He is not only a triathlete but also has the qualities of sportsmanship. Despite achieving great things in life, he gives his credit to his team. Let’s read on about a man whose pocket-sized dreams emerged into the most meaningful and substantial result.

Though Ar. Chaitanya S. Padhye is a thorough professional and an established architect, he secretly nurtures his wild side, which helps him infuse versatility into his creations. He is a globetrotter, who derives inspiration from his love for travelling through urban and remote locations. His trip to Japan gave him insight into the modern architectural buildings of Osaka and Tokyo. He has the most exhilarating travelling experience while driving 2200 km on Autobahn in Europe that took him ten days and gave him the gypsy feeling. He is experimental and vivacious, but at the same time, he is disciplined and committed. The amalgamation of these contrast qualities reflects in every single architectural project. Apart from travelling, he blends with the locals and experiences their cuisines to get the core feeling of the place. His tendency to explore widens his horizon and allows him to soak in continental flavors.

It is rare to find an architect who does not have the skills for sketching, but Ar. Chaitanya S Padhye has fetish for it. His soulful sketching is a source of meditating. His creativity is not restricted to boundaries. While travellers use cameras to click scenic beauty, he captures memories with his sketches. He expresses his artistry in designing animated characters, flute music, and most essentially architectural structures. His love for art has been his stepping stone into the world of architecture. He completed his degree in architecture from the most reputed college of Pune.

He believes that every big thing often starts from unrecognized small beginnings. On 5th January 2016, Ar. Chaitanya S. Padhye gave shape to his dreams and called it 100 Ants Design Studio. Being a people’s person, he chose ‘The Ant’ as a metaphor for his love for team spirit. He is humble and praises his team for the architectural outcomes. Beyond his architectural visions, he feels he is incomplete without the support of his engineers, craftsmen, and technical consultants. His humanitarian quality is his biggest strength and has a positive impact on his professional front. He feels fortunate to have received guidance from his gurus and the support of his friends and well-wishers.

Before the formation of 100 Ants Design Studio, Ar. Chaitanya Padhye worked for eight years with seasoned gurus to build his foundation. He derives inspiration from Ar. Charles Correa, Santiago Calatrava, Ar. Tadao Ando, Ar. Karan Grover, Ar. Bimal Patel, and Ar. Christopher Benninger. Through diverse exposures, he has absorbed adaptability in his design and style, flexibility, sincerity, and discipline. Armed with these qualities, he is geared up to serve society at large and design space, which is a reflection of their personality, culture, and comfort.