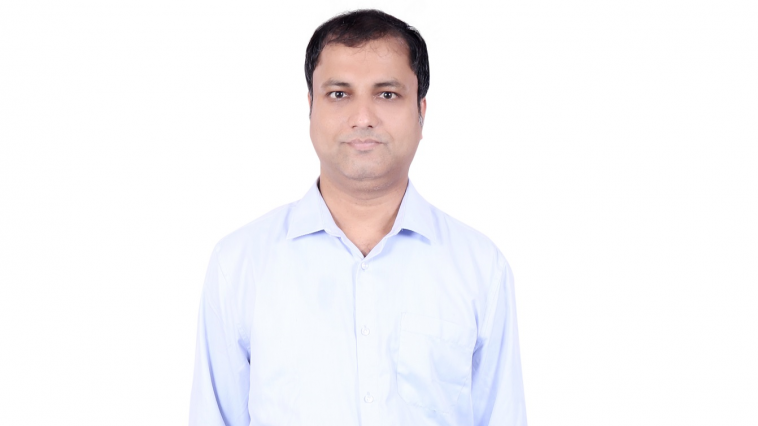 With a mission to spread joy and positivity, this software engineer took to writing poems and thereby successfully used his poetry to reach out to the readers community. Self-published poet, Shamim Shaikh is extremely creative apart from being a talented software engineer with LearningMate Solutions, a Mumbai based EdTech firm that’s improving digital infrastructure of educational establishments across the globe. In midst of his busy office schedule, Shamim finds solace in penning down poems, which are mostly in Hindi, but then he also writes English poems.

Since his engineering days, Shamim is fond of writing poems. So far, he has written a total of 30 poems in Hindi and compiled them into a book titled ‘Kirdaar Sunehre Sapno Ke’ and got it published through Notion Press, one of the leading self-publishing platforms in the country. His poetry book is available to order from leading ecommerce sites like Amazon, Flipkart and Notion Press. The book is available both in form of paperbacks as well as eBook on Kindle. His poems are focussed on different topics entailing the emotions of a common man in his/her day-to-day life. It also captures the feeling of people of different strata of the society living across India. Quite a few poems are revolving around patriotism. According to Shamim,

Through his craft of poetry, Shamim aims to motivate people and generate positive mindset among readers who might have faced challenges of life and are directionless. His poems would want to guide people and make them understand others with equal empathy. Since, 2021, he has uploaded his book on Amazon, Flipkart and Notion Press and is available for poetry lovers to order it and enjoy some amazing collection of Hindi poems.

Shamim draws inspiration from his senior, Abdullah Pathan, who heads Technology Competency in LearningMate solutions. In spite of being at a higher rank in the company, he is humble and very down-to-earth person. He has also been reading Shamim’s work for a while now and with his honest feedback encouraged him to write more.

For a working profession like Shamim, time is a factor that hinders his poem writing spree. It is not easy to devote time for drafting poems, and only those weekend holidays are only respite when he lets his creativity take the shape of some realistic poems. Even, at times he was ridiculed by many that he was simply wasting his time in writing, and instead should be focusing on his IT career. It’s only the encouragement he received from few of his friends that keeps him going with zeal. According to him, expressing one’s thought through words is the basic form of poetry and he feels that he has done justice to it. Converting his personal experiences into poems do resonate with many readers and that’s the uniqueness of his collections. To all budding writers he advices to write on topics that would bring changes in the society. There are so many things in life to write that could create impact to our society at large. In a very short span, Shamim has won many accolades to his credit. He has been selected as “Profound Writers AIBA 2022”. He was also adjudged as “Author of the week award in March 2021” at StoryMirror for poem on Women’s Day. Also won “Author of the week award in March 2022 at StoryMirror for poem on actress Alia Bhat. He received “Foxclues India TOP 100 Authors Award 2022” and bagged “International Brilliance Award 2022 in the category of Author of the Year”. We wish him all the best.