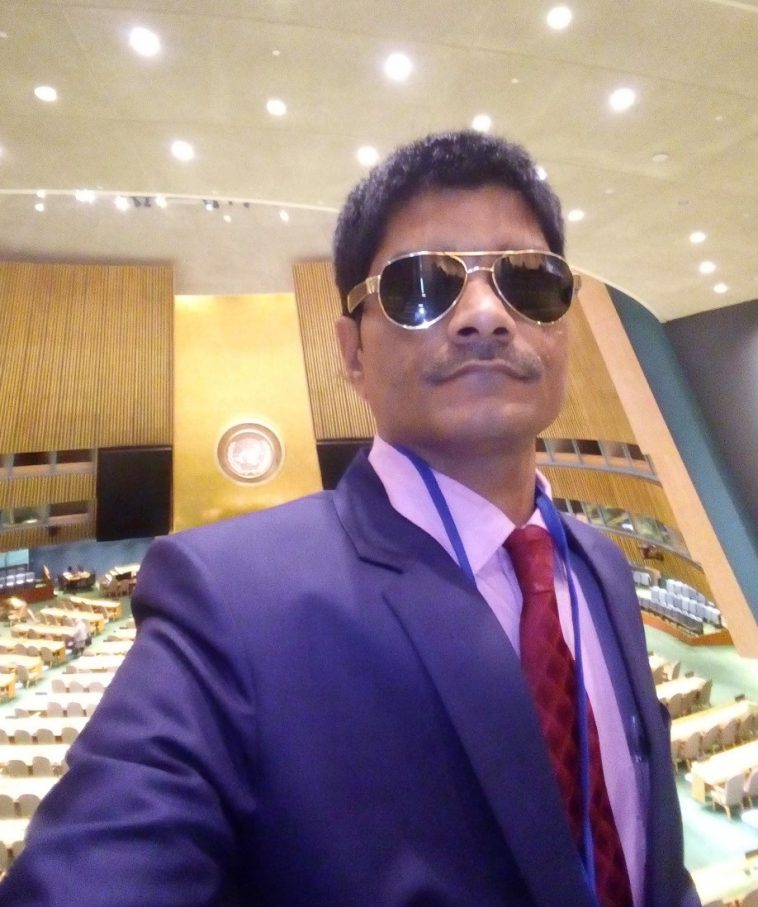 The village where Mr. Santosh Kumar was born is unheard of to many people. It is a small abode located at Muzaffarpur district in Bihar, known as Amma. He was born in an impoverished family, and his village’s remote location prevented him from achieving his goals for a long time. However, that didn’t stop him, and his journey to the pinnacle of success is unparalleled.

What Does He Do?

Santosh’s father was a government employee engaged in the noble job of teaching. Hence he never had enough to provide for his family. Thus from childhood, Santosh decided never to opt for a conventional job where opportunities are minimal. Throughout his academic life, he consistently kept on coming first in his class. Finally, after attaining adulthood, which is the age of eighteen, he decided to register his NGO.

With the blessings from his ancestors, he established the Chikka Federation of India. The organization works relentlessly towards the upliftment of countless vulnerable and unfortunate people. He says,

“Our efforts encourage downtrodden as well as bring them in the frontline of society.”

His organization is international in the scale of its operations and thus works for the oppressed on a global scale.

Inspiration To Start The Organization

Any venture needs support and encouragement, to begin with. The case with Santosh was no different. On being asked what particularly gave him the zeal to establish the NGO, he says, “Poverty is a curse and I have felt it at a very early age, and I desired to help poor’s Globally; hence I started the NGO. My father, Late Ram Mantra Singh Diwaker, was a teacher and born in an elementary family, causing me to see the effects of poverty; hence I thought to start a Charity at the very early age of 18. He co-operated me, and after all, he is my inspiration.”

Struggles Faced By Him

The journey of Santosh was not at all smooth. No family member of his support in his venture. He was even mocked for establishing an NGO at such a tender age. Santosh didn’t care about them as he knew that they were simply jealous.

The accolades received by Santosh cannot ever be properly evaluated. His NGO was awarded by the “SPECIAL CONSULTATIVE STATUS” by the topmost Intergovernmental Organization, i.e. United Nations. Besides, his NGO is a member of the WSSC Council of the UN Geneva, SUSANA Forum, and Global Network for Disaster Reduction, UK.

He even did a meeting with superstar Akshay Kumar at the World Toilet summit. The awards won by him include the Social Worker of the Year Awarded 2019 during the Indian Legend Awards, New Delhi, and Social Worker of the year Award 2020 during the Indian Pride Awards, New Delhi. On being asked the unique nomenclature about the name of his organization, he says,

“My will power and Blessings of Ancestors helped me to reach from A to A means remote village AMMA (Muzaffarpur District) to Toppest Country AMERICA.”

Santosh firmly believes that with will power, one can achieve anything, and his advice to budding entrepreneurs is “Work like a Coolie and live like a Prince.”