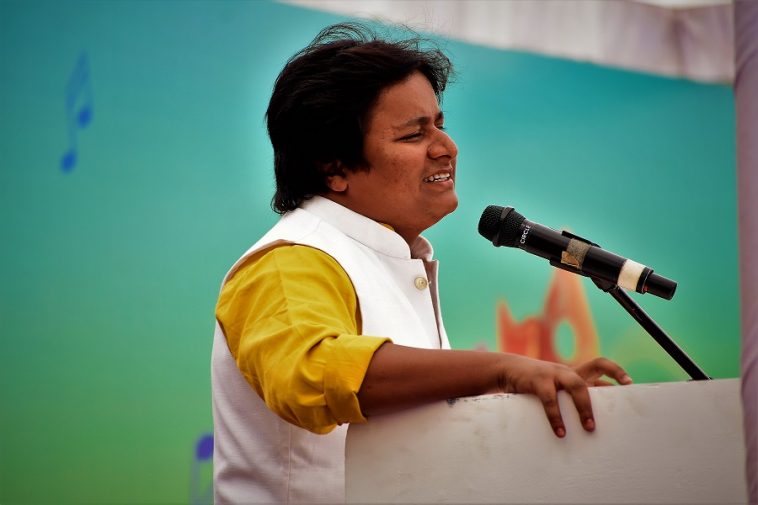 The mellifluous verses have a certain cathartic effect on our soul. It purges us of all the negative emotions and instills in us a sense of wonder and joy. Moreover, when a poet is passionate and follows his heart, then you know that he’d do something greater for the community and bring success to himself.

Well, such is the story of Mr. Aman Akshar, a wonderful poet, and singer whose mellifluous verses have something unique that captures the heart and soul of the listener. So, let’s learn about his inspirational journey to becoming one of the finest poets and singers in Bollywood.

All inspirational stories start from something, isn’t it? So, let’s find some details of his early life. Mr. Aman Akshar, a resident of Mundi, a small town in Madhya Pradesh, belonged to a middle-class family. Through sheer passion and dedication, he has become a Bollywood sensation.

He has always been a bright student in his childhood, scoring well on his board exams. He is a student of Amity University, Lucknow, and holds a degree of M.Tech in Bioinformatics as well. However, along with his education, he also had a keen interest in literature and poetry. In fact, he used to write melodious poetry in his college days.

Thereafter, as he learned more and more about Indian culture, his interest in poetry and literature grew even further. The cultural richness of Lucknow enchanted him, and in a spur, he wrote a lot of beautiful pieces. Hence, he decided to follow his passion, leaving behind a prestigious company he was a part of. It’s worth mentioning that his family had full support.

A Melodious Journey To Success

After staying for around 5 years in Lucknow, he came back to Indore. His ability to invent beautiful lines on paper had given him several hit performances. However, his life changed completely when he performed in an event called ‘Geet Mahotsav.’ This event is one of the famous poetry events held in Indore. There, his soul-piercing performance enchanted the listeners.

Furthermore, The once known ‘Aman Dalal’ was given the ‘title’ Akshar by Kumar Viswash when he listened to his magical performance.

The Unstoppable Passion Touched The Hearts Of Many

It was no turning back thereafter. He kept getting invited to various poetry events all over the country and performed excellently well. His passion and love for poetry and verse yearned for his massive fame and glory. In fact, he became the youngest person to perform in ‘Lal Kila Kavi Sammelan’ at the age of just 25.

His poetic exuberance touched the hearts of thousands. Moreover, his deep understanding of verses, rhetorics, and words of love left everyone speechless and in awe. He also went on to do a lot of shows like ‘geet Chandani’ of Jaipur.  It’s needless to say that he has become one of the most popular poets of his generation.

Leaving Everyone In Awe With His Soulful Composition

Poetry is the basis by which a powerful, melodious song composition is made. His masterful work remains the ‘Ram Geet,’ through which he gained nationwide appreciation. It is a wonderful composition on Lord Ram and his Life journey.

It’s worth mentioning that the song was an instant hit, as it reached 70 million views in no time. His fame reached a lot more after that composition and made people fall in love with his beautiful verses.

Entering The Bollywood Industry: The Pinnacle Of His Journey

As an artist,  you want others to appreciate your work. Well, it’s unbelievable how wonderfully people have recognized his talent. He even got an opportunity to work as a songwriter in the ‘Ramyug’ web series of MX players. In fact, he has written all the songs in that web series.

At the age of 28, he has entered the doors of Bollywood, where eminent celebrities have sung his songs. Moreover, he has also worked as a lyricist with Pt. Hariprasad Chaurasia, Ustad Zakir Hussain, etc.

It’s undeniable that he has touched the pinnacle of his dreams. Currently, he is working on two Bollywood projects as a songwriter as well as a scriptwriter. His success story makes us realize that anything is possible if you devote yourself to it if you follow your heart.